Home Uncategorized Ten Weird And Wonderful L.A. Things To Do This Weekend 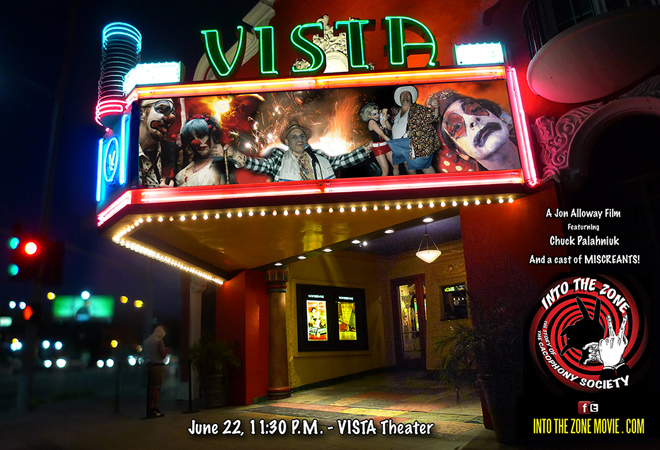 The Norman Lear Center at USC is leading a Jurassic Park-style expedition to Santa Cruz island. The free tour explores the land of “pygmy mammoths and paleo-indians” on the 74-square-mile preserve that has been occupied for more than 10,000 years.

Brady Westwater calls himself the “L.A. Cowboy” and loves nothing more than showing off his downtown neighborhood to the uninitiated. His two-hour walking tours begin at The Last Bookstore, an over-the-top emporium housed in a century-old bank on Spring Street. A visit to the bookshop alone is worth the price of admission.

The Beat Swap Meet invites a curated team of record dealers to bring out their rarities and have a party with art, jewelry, and DJ’s spinning oddball picks from their personal stash. The Chinatown-adjacent show is free with the donation of a canned good.

The glorious Colorado Street (yes, the one they call “suicide bridge”) is celebrating the big 1-0-0 this weekend with a big party hosted by the Pasadena Museum of History. Cake cutting is at 3, but come early and see the museum’s “history pods,” visit the Pie ‘n Burger truck and look through a microscope to see the “world’s smallest motor,” created by a CalTech miniaturization specialist in 1959.

Opening Night At The Hollywood Bowl

One of the most famous outdoor theatres in the world comes to life once again with a summer full of terrific shows. Opening night features a concert by a wildly mixed bunch of Hall of Fame artists from Stevie Wonder (class of 2001) to Steven Tyler and Joe Perry of Aerosmith. Arsenio Hall (he’s back!) is a presenter.

Burning Man founder Carrie Galbraith, LA Cacophony Society kingpin Rev. Al Ridenour, and magician Christopher Wonder will light up La Luz de Jesus gallery with performances from the world of the Cacophony Society, a refuge for pranksters, artists, and adventurers. Enjoy a booksigning for Tales Of The San Francisco Cacophony Society, and after the party, head for the spectacular 1920’s Vista theater for a midnight screening of the documentary Into The Zone: The Story of The Cacophony Society.

Twisting for more than fifty summers, Chubby Checker headlines a concert at the Arboretum. Plus Ben E. King, the original Stand By Me guy, and Jay and the Americans round out the Family Music Festival in the bucolic garden.

Finally! The Facebook updates of scary twins and a giant baby will end. LACMA’s epic Stanley Kubrick exhibition comes to a close with a scavenger hunt, Kubrick-themed “haute dogs,” and Marion Hodges of KCRW interpreting the director’s music through a DJ set.

Paul Klee is sold out, but they still have a handful of the Pierre Koenig books. It’s time for that famous Taschen scratch and dent sale where the art book publisher marks down titles by as much as 75%. They still seem to have plenty of copies of Rococo, Roman Art, and those subversive titles like Motel Fetish. Oh, Taschen!