Home Books Ten Things You Didn’t Know About Marlon Brando are Revealed in the... 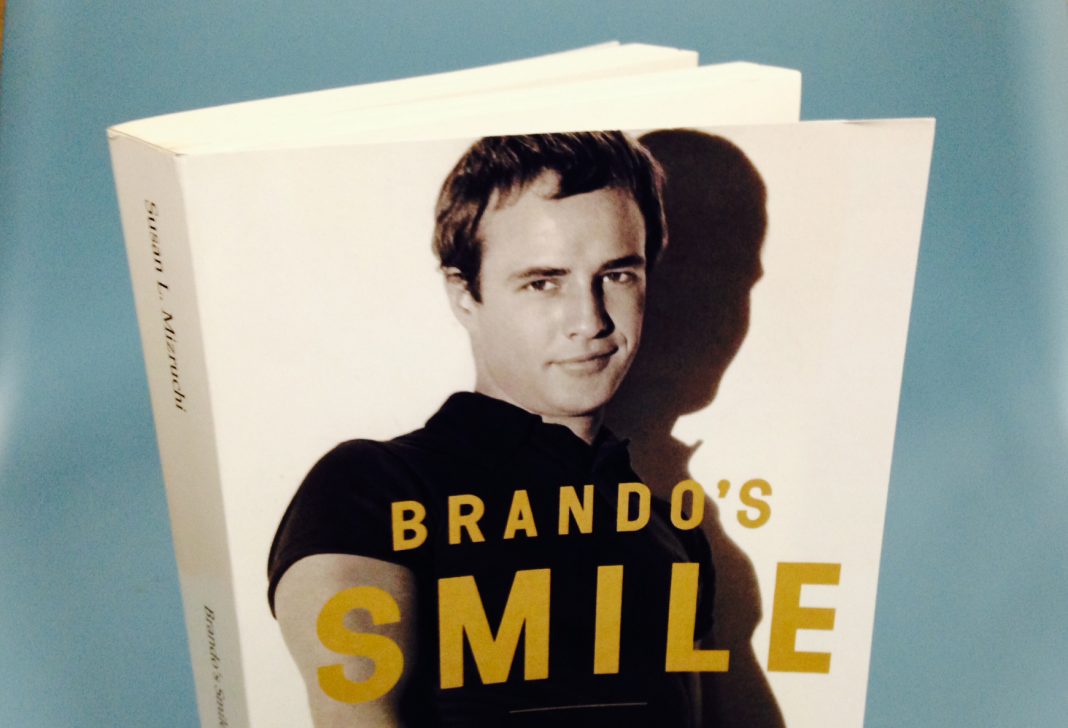 Susan Mizruchi read every biography on Marlon Brando before writing her new book, Brando’s Smile. “There are 5 to 10 comprehensive biographies,” says the Boston University English professor. “But if you count every little memoir from people who had an affair with him that would enhance the list to something like 25.” She traveled all over the country tracking down annotated books from the actor’s vast library, which was auctioned off after he died in 2004. Christie’s allowed her to write anonymous emails to the high bidders and she traveled the country hunting down the titles.

Mizruchi will be on hand to introduce a screening of Brando’s Oscar-nominated 1958 film The Young Lions tonight at the New Beverly Cinema. Here are 10 things she told me she learned about the legendary actor.

1. Much of Brando’s library went to his Don Juan DeMarco co-star.
“Johnny Depp bought the heart of Brando’s book collection including all his books on the American Indian, his Freud collection, and his high school collection of Emily Dickinson poetry where he wrote ‘non-conformist’ in the margin.”

2. He did his own makeup.
“This came partly from his interest in the Yiddish theater. The lead actors also play character roles. They saw costume and makeup as building a character from the ground up. You figured out how he walked, what his skin tone was, and what his nose looked like. Brando took a course on makeup at Stella Adler.”

3. His favorite album.
“He loved Miles Davis’s Sketches of Spain. He said ‘If you want to understand me, listen to that recording.’”

4. His best friend.
“Brando met Wally Cox in elementary school. He was a fragile little kid beset by bullies and Brando became his protector. He was a brilliant little guy and Brando said he taught him how to speak properly. Cox did this famous Mister Peepers character, kind of a befuddled scientist. He had a tremendous intensity, a kind of demon streak. He was nothing like the fragile creatures he played.”

5. He wanted to save the world through fish.
“He was really worried about hunger and overpopulation. He was really interested in high protein foods that could alleviate world hunger and got into aqua farming Tilapia. He had scientists coming to the island talking about all of the advances of science and different experiments they could pursue.”

6. The monkey idea.
“His island is a protected wildlife sanctuary. I have a photo of him talking to Jane Goodall, he almost brought monkeys to the island, he was thinking of making a gorilla preserve there. He had an amazing imagination and lots of ideas.”

7. He hosted acting classes in his home.
“He held acting classes at his home. Leonardo DiCaprio, Sean Penn, and Whoopi Goldberg attended. He asked Bill Clinton to come to his acting school and he was interested until he heard what Brando was calling it: Lying For A Living.”

8. The Paris years.
“He went to Paris the minute after he got some money from A Streetcar Named Desire on Broadway. He learned French fluently, he spent a lot of time at the jazz clubs, and he slept with tons of women.”

9. He kept up to date on the latest technology.
“His agent told me that when personal computers first became available in 1972 he was one of the first people to have one. He had amazing recording equipment. He had an iPod. He was working on cutting edge film technology.”

10. The last books he was reading.
“The books on his bedside shelf were: 1001 Yiddish Proverbs, The Pentagon Papers, Man And His Symbols, A Brief History of Time, Richard II, Chaos: Making A New Science, The Great Music Of Duke Ellington, and The International Book of Wood. That says it all about Brando. His curiosity was endless.”