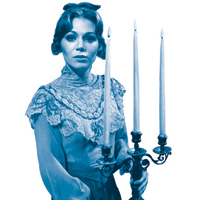 1) GRAUMAN’S CHINESE
“I once did a book signing in the forecourt with Ginger Rogers. ”

3 ) VISTA
“I love the Egyptian motif and the great, bright, beautiful marquee.”