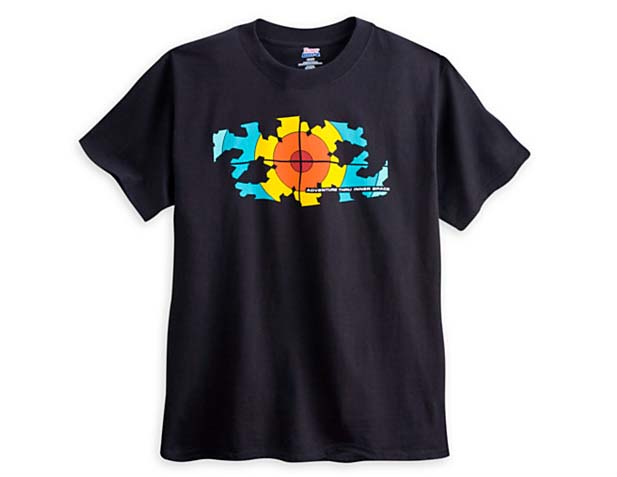 This awesome new Adventures Through Inner Space T-shirt depicts a key scene from the long-gone Disneyland attraction where visitors “shrink” and explore the atom-sized world inside a snowflake. The ride was the centerpiece of the reinvented Tomorrowland, and one of the last projects personally supervised by Walt Disney. The shirt is only available online until Sunday.

This area of the park was completely rebuilt in 1967 with attractions ranging from the slow-moving Peoplemover, which it was hoped would soon appear on city streets, to the Carousel of Progress, a celebration of new technology relocated from the 1964 New York World’s Fair.

Inner Space lasted 18 years, until it was replaced by Star Tours. The original Tomorrowland was a “vista into a world of wondrous ideas signifying man’s achievements” according to Walt Disney. Today, it’s a vista into a world of stuffed Ewoks. There have long been rumors of turning the entire place into Star Wars land. I think that would be giving up hope and embracing a magical fantasy that took place a “long time ago in a galaxy far, far away” at the expense of working towards a real-life better world of tomorrow. That would be a disservice to the dream of Walt Disney and the folks that created this place. Wear this shirt and fight for the future.