Home Architecture Downtown’s Historic Theaters Come Back to Life and a Deco Gem on... 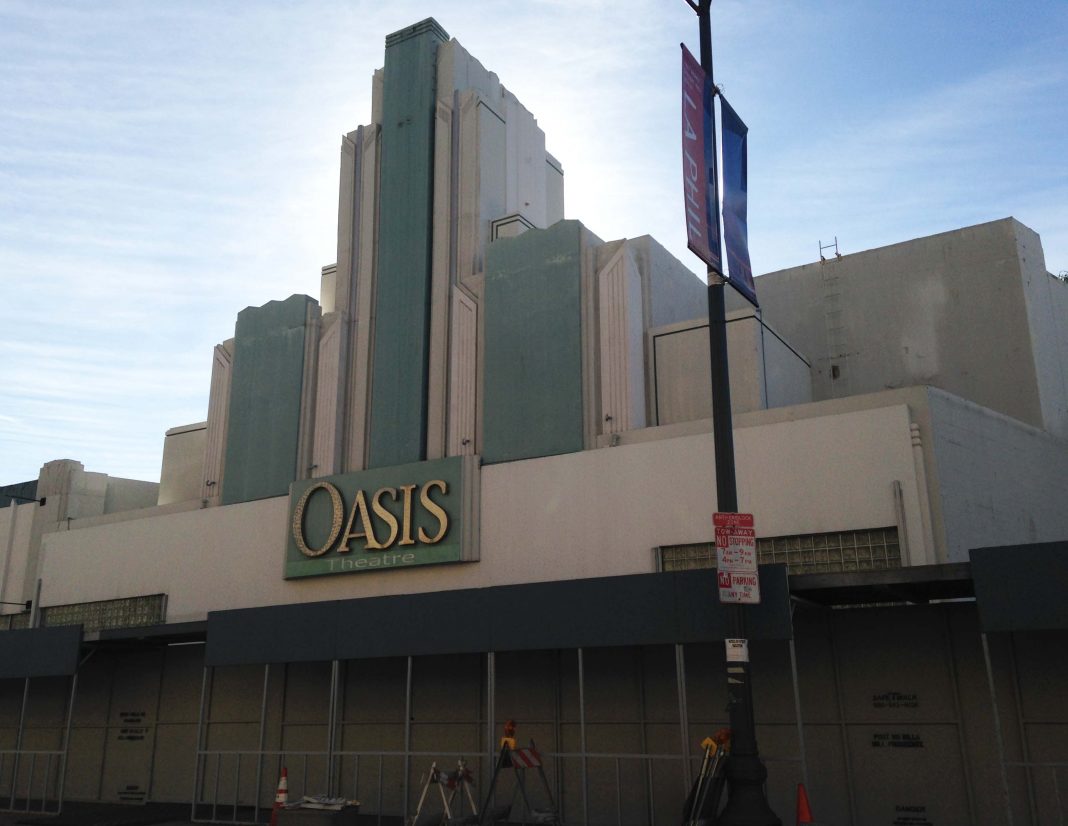 Before it became the Oasis church in the last decade, the Four Star Theater on Wilshire was a revival house like the New Beverly. When the 900-seat art deco movie palace was new, it was a flagship for the United Artists studio. Stylized nude figures depicting “Unity” and “Artistry” were cast into the facade (the church covered them) and its stepped exterior was often covered with elaborate electric displays for premieres. Today it is covered with a demolition fence. Earlier this year the city approved “The Mansfield,” another one of those 6-story apartment blocks sprouting on every corner. This one boasts that its 138 units will be “reminiscent” of the 1931 theater they are replacing. These monstrosities are strangling our beautiful town. The El Capitan and Egyptian were in far worse shape when they were landmarked.  I am shocked that the Four Star is going down without a fight.

Downtown has been much kinder to its collection of movie houses in recent years. The 1911 Palace Theater on Broadway has enjoyed a million dollar facelift, and Street Food Cinema is programming a mega holiday hoedown there on Saturday with mulled wine, roasted chestnuts, and the 1980s classic A Christmas Story.

After you’ve gorged on vintage guitars and old LP’s, you can finish your weekend at the spectacularly baroque Orpheum Theater on Broadway where the Los Angeles Conservancy is screening Home Alone on Sunday afternoon. They’re firing up the Mighty Wurlitzer, and Two Boots Pizza next door is making a special recipe inspired by the film. Score four points for downtown, and none for the Miracle Mile.

Updated! Here’s When Your Favorite L.A. Movie Theaters Are Coming Back