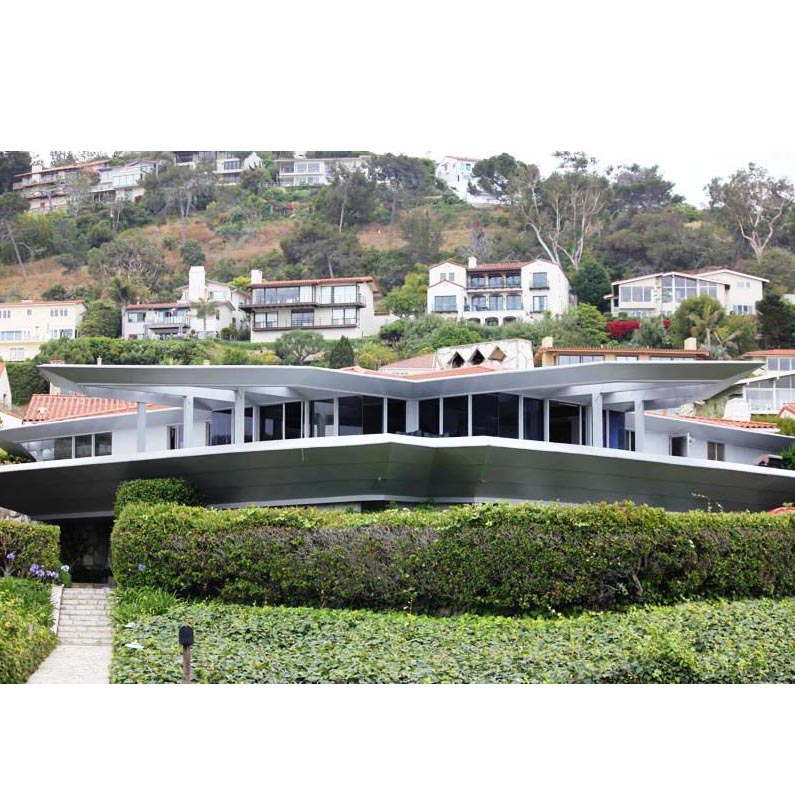 Another one of Los Angeles’s space-age icons was destroyed today following a long preservation battle. The Moore house was designed by Lloyd Wright – the son of Frank Lloyd Wright – in 1959 and featured a dynamic jutting roofline hovering over walls of glass and Palos Verdes stone. Here, check out this video tour with architect Eric Lloyd Wright. The hillside house remained in very good condition until this morning when it was demolished hours after last night’s decision to deny an appeal filed by the Los Angeles Conservancy. The preservationists felt that city planners did not adequately examine design alternatives that would have spared the house. Instead of demolishing any of the banal houses lining the hillside to create something better, the owners of the now-vacant land intend to build a new Mediterranean-inspired home on the property. A house, I imagine, that will not be mourned when someone tears it down fifty years from now.