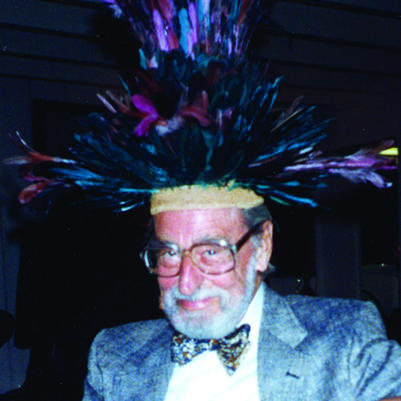 Seventy-five years ago, Dr. Seuss wrote his second book, The 500 Hats Of Bartholomew Cubbins. In the story, when a boy (Bartholomew) loses his hat, another one appears in its place. Around the same time, the author began his own collection of headgear and kept it in a secret room in his La Jolla home. Seuss (Theodor Geisel) died in 1991, and several years later his widow discovered the stockpile that also included some of his earliest paintings. More than two dozen pieces are in a traveling display called Hats Off To Dr. Seuss, on exhibit at Sarah Bain Gallery in Brea, the only West Coast appearance on the tour. Guests are encouraged to don their finest toppers at a party to celebrate the opening this Saturday night.