Home Architecture Inside the New Simpsons World at Universal Studios 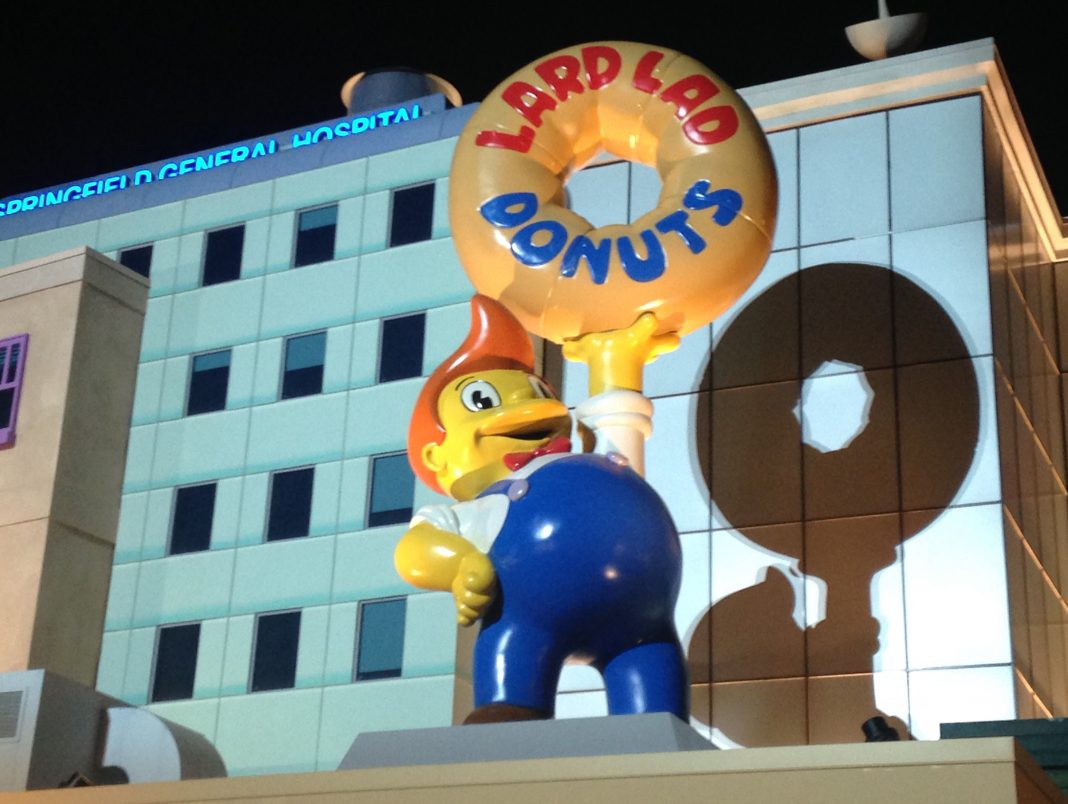 The world of The Simpsons comes to life today at Universal Studios Hollywood. Last night the park held a “Taste of Springfield” block party to celebrate the new attraction, which includes food inspired by, and served in replicas of, famous dining spots from the show. Moe’s Tavern was the busiest locale, pouring Duff beer and Flaming Moe’s while prank callers kept ringing the cartoon phone asking for Seymour Butts.

The teenagers working the counter at Krusty Burger were a lot friendlier than the ones on the show. Bumblebee man served up street tacos (my favorite food of the evening), and in this world Cletus Spuckler, has gone big business, operating a chicken shack with chicken and waffles (complete with creepy, piped-in squawks). I was a little surprised that vegetarian Lisa Simpson wasn’t represented save for a Luigi’s Pizza slice and a spicy burger.

The architecture of this Simpsons land is bulbous and over scaled, so the seven-foot tall walk around characters looked right at home in their colorful plastic and plaster surroundings. I saluted the Lard Lad donut boy holding his fiberglass dunker as high as a flag. The new additions complement the Krustyland amusement park in front of The Simpsons Ride, which opened in 2008.

A Facet of the Entertainment Industry That Hasn’t Shut Down? Animation