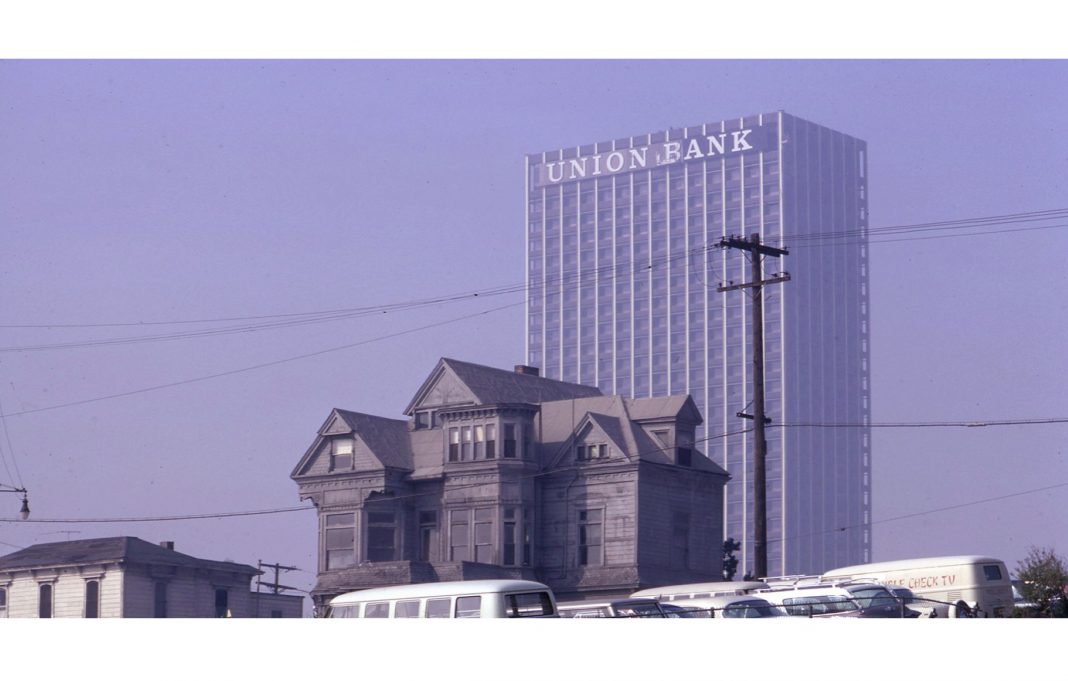 If you’ve been to Disney Hall or MOCA, you’ve been to Bunker Hill, even if not a trace remains. The grand historic residential district of downtown Los Angeles bloomed at the end of the 19th century and wilted by the middle of the 20th. By the time the film Angel’s Flight (the American Cinematheque describes it as an “oddball noir-horror-crime hybrid”) was filmed there in 1965, the neighborhood had been almost entirely destroyed in the name of redevelopment. Historian Nathan Marsak of Highland Park has spent years compiling his own story of the long-gone locality through vintage slides, postcards, and interviews with those who lived there. The Art Deco Society presents Marsak along with a screening of Angel’s Flight at the Egyptian theater at 3 p.m. on Sunday. The ultra-rare images from Marsak’s personal collection illuminate not only the glorious architecture, but honor the community that disappeared under what he calls the “greatest urban cleansing in American history.”