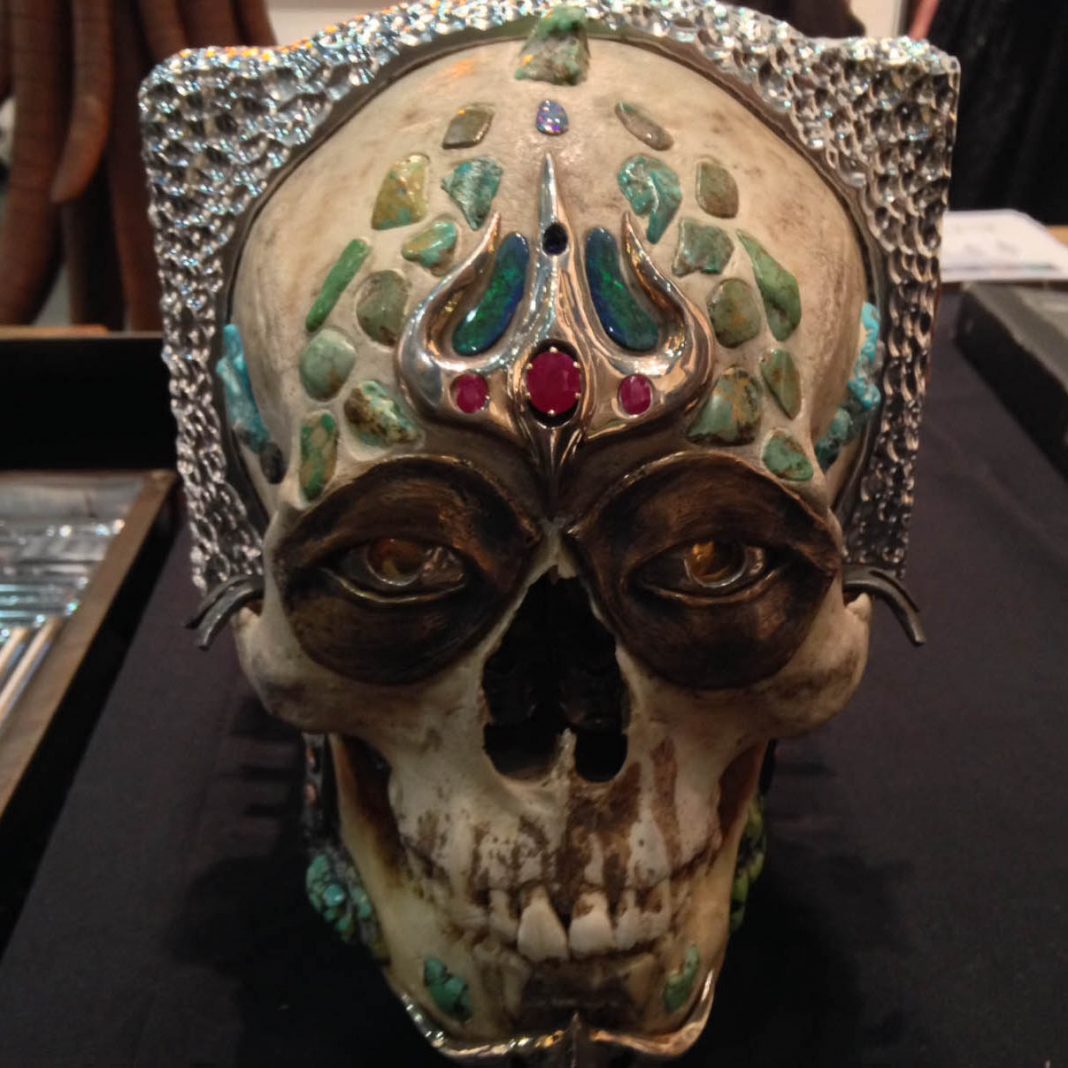 Thousands of art lovers poured into the Convention Center this weekend for the L.A. Art Show. Paintings, sculpture, and even a 300-year-old human skull made into a camera were on exhibit from galleries all over the world.

Organizers hosted parties all weekend, with an opening night gala that paid tribute to L.A.’s sister city of Bordeaux, France. Councilman Tom LaBonge is shown above with some fine bottles brought over by the mayor of that famous wine town. The show was split among historic and contemporary art, with plush gray carpeting and subdued lighting around the old masters while the louder, brasher pieces were in the louder, brasher concrete-floored section.

Through the weekend, there was an exhibit of works from Cheech Marin‘s Chicano art collection, a talk on L.A.’s history of murals, and even a Pink’s Hot Dogs booth.

I talked to some veteran visitors, including artists Mark Ryden and Marion Peck, who thought this show was the biggest and best they had ever seen. Marion even called it a “vortex.” I can’t overstate how large this thing was; the catalog alone was over 350 pages. Here is a quick tour of this year’s edition, including some of my favorite pieces. I really liked Gary Lang, Edie Nadelhaft, Dabs Myla, Wayne Martin Belger, Choi Jeong Hwa, and Lee Yong Baek.

I was grateful that we live in a city where a Famous Monsters of Filmland-style portrait of the Creature From The Black Lagoon can hang in the same room with  gilded-age etchings and no one bats an eye. I’m also grateful to artist Peter Shire (in the striped shirt) for being energizingly zany just as I was about to leave. Shire inspired me to wander and ponder for another hour.

Mark your calendar now for next January.