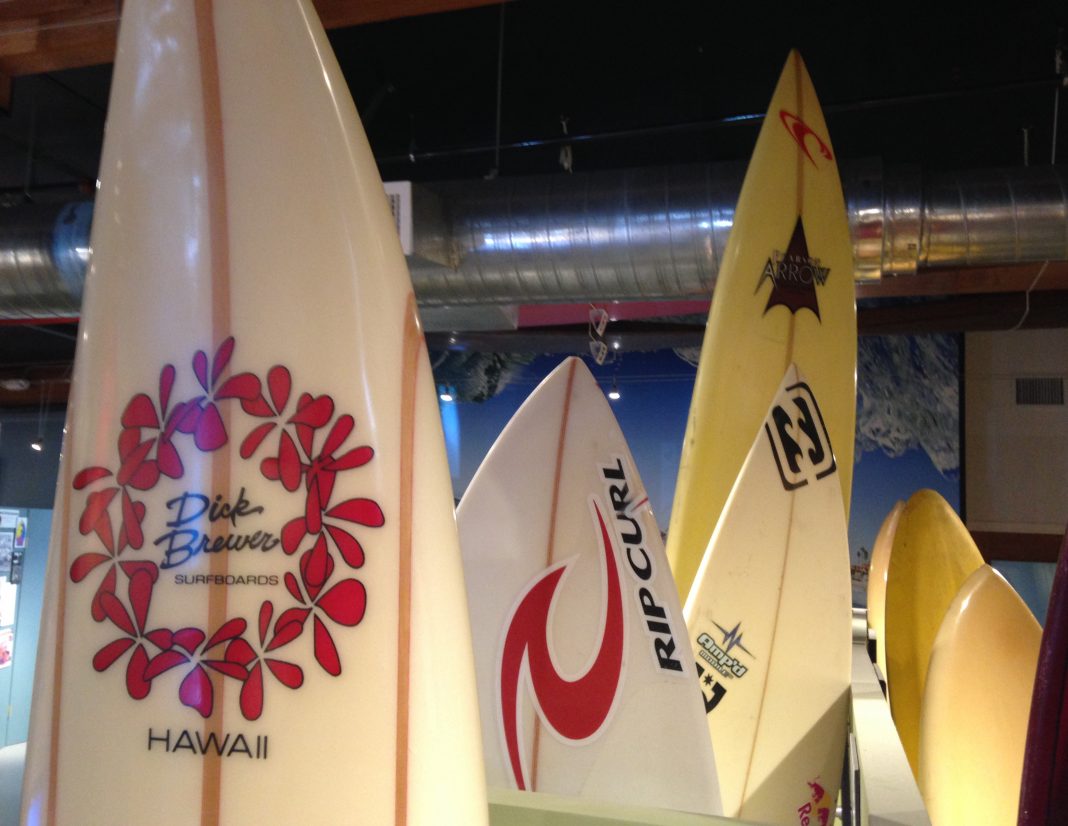 The rich history of surfing in Southern California has influenced art, music, and sports and was influenced by the railroad, international travel, and the postwar technology boom. I learned that and more at the California Surf Museum in Oceanside. The small museum is a window into the century of boards on the water. Plus the little beach town just south of Orange County is a fun weekend getaway.

Railroad baron Henry Huntington brought professional surfer George Freeth to the beach to promote his new Redondo–Los Angeles Railway in 1907 and Angelenos started taking to the waves. Five years later, Duke Kahanamoku visited from Hawaii and put on demonstrations in Santa Monica that led to an acting career. These guys carved their own boards from giant redwood planks, and the museum has examples of those alongside the smaller, lighter boards that followed.

The exhibits shines a light on the music, fashion, and art that blossomed in the 1960s explosion of surf culture and follows those landmarks with movie posters, tikis, and modern pieces like the Ripcurl board of Bethany Hamilton that’s missing a huge chomp from a 14-foot tiger shark that attacked the teenager in 2003.

Like all good museums it ends in the totally rad gift shop filled with fun stuff like Aloha shirts and Puka shell necklaces. Now, I’m inspired to visit the International Surfing Museum in Huntington Beach and the Surfing Heritage & Cultural Center in San Clemente.