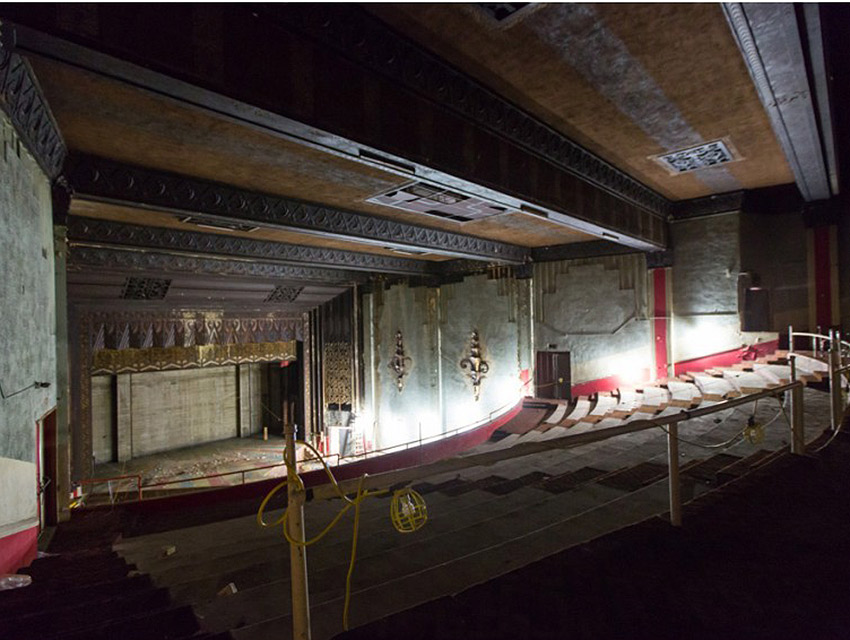 As you might expect, the movie capital of the world is overflowing with old movie theaters. There are glorious old picture palaces hidden from San Pedro to Pomona, but surprisingly few of them are empty and those that remain are strictly off limits, so seeing the ruined interior of the Roxie on Broadway is kind of a big deal.

I was really struck by these recent images from historic architectural photographer Hunter Kerhart featured on his downtown blog South on Spring. The 1,600-seat house was built to show films, but has a fly loft and all the amenities of a live stage. It’s not too far gone to bring back. The 1931 theater was the last to open on Broadway, and it’s the only one in the art deco style. That combination of futurism and decay always gets me.

Various swap meets have been selling tube socks in the lobby for a generation, but as owner Joseph Hellen nears 90 and Broadway continues to heat up, perhaps a brighter future for the Roxie is around the corner.