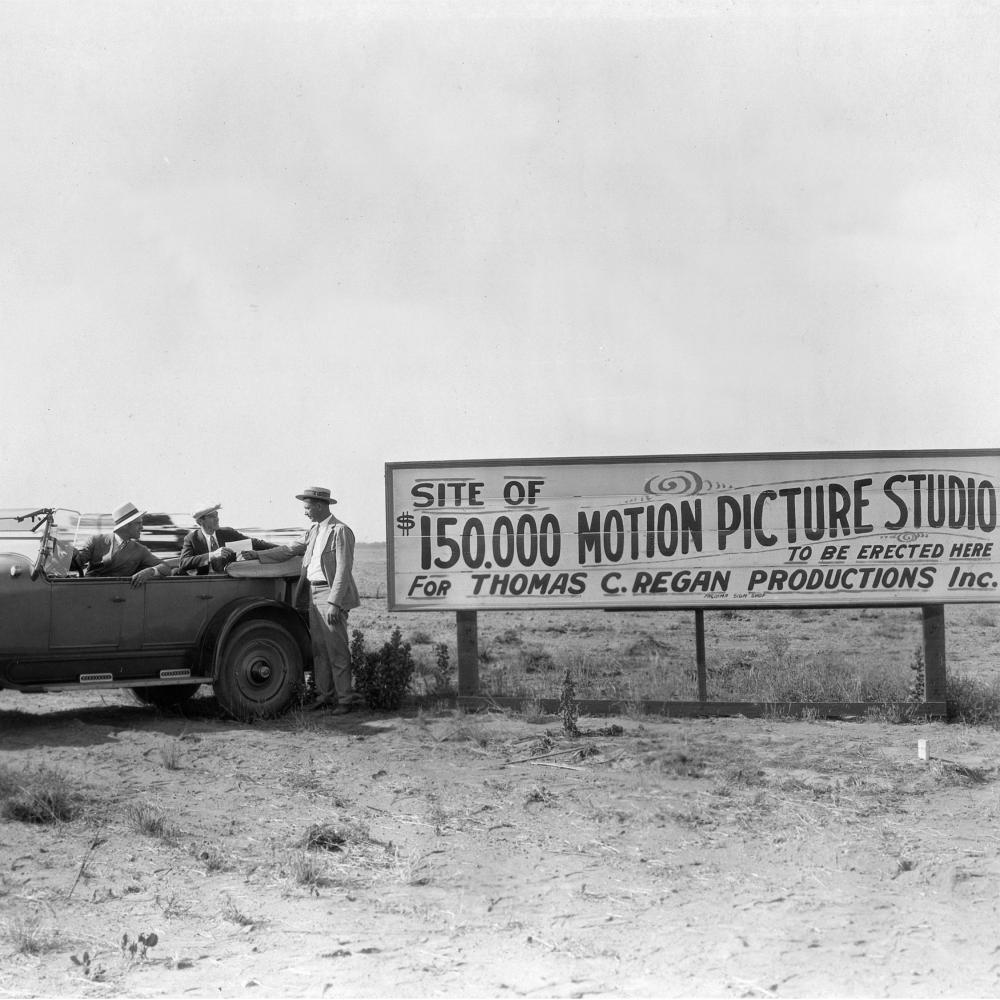 Hollywood historian Robert Birchard didn’t know how deep he would dig when he found a little wooden box for sale at a Las Vegas antique store. Inside were pictures of the “Thos. C. Regan Productions Co.” and the silent film buff was determined to learn what had happened to the forgotten movie studio. The mementos inside once belonged to Regan himself, a con artist who sold non-existent stock, wooed women to fund his pictures and talked a friend into writing a check when a load of lumber arrived that was to become his studio. Birchard unearthed more than just the story of a cool old building, he got a silent-era Chinatown with a hack filmmaker supported by the Los Angeles Times and touching everyone from valley booster clubs to Rudolph Valentino. ”What are the odds,” he thought “that a lost silent movie studio built by a non-existent company, that apparently never released a film, might survive more than eighty years after it was built?” Birchard’s odyssey into the life of the forgotten cowboy unfolds in Pop Twenty, a slick journal of Hollywood obscura and mid-century pop culture. As for the California Crazy-style castle Regan built, it survives today as an American Legion Hall in Panorama City. The legionnaires, who thought their castle was once a house of ill repute, got a much more interesting story and Birchard discovered a lost piece of L.A. history.