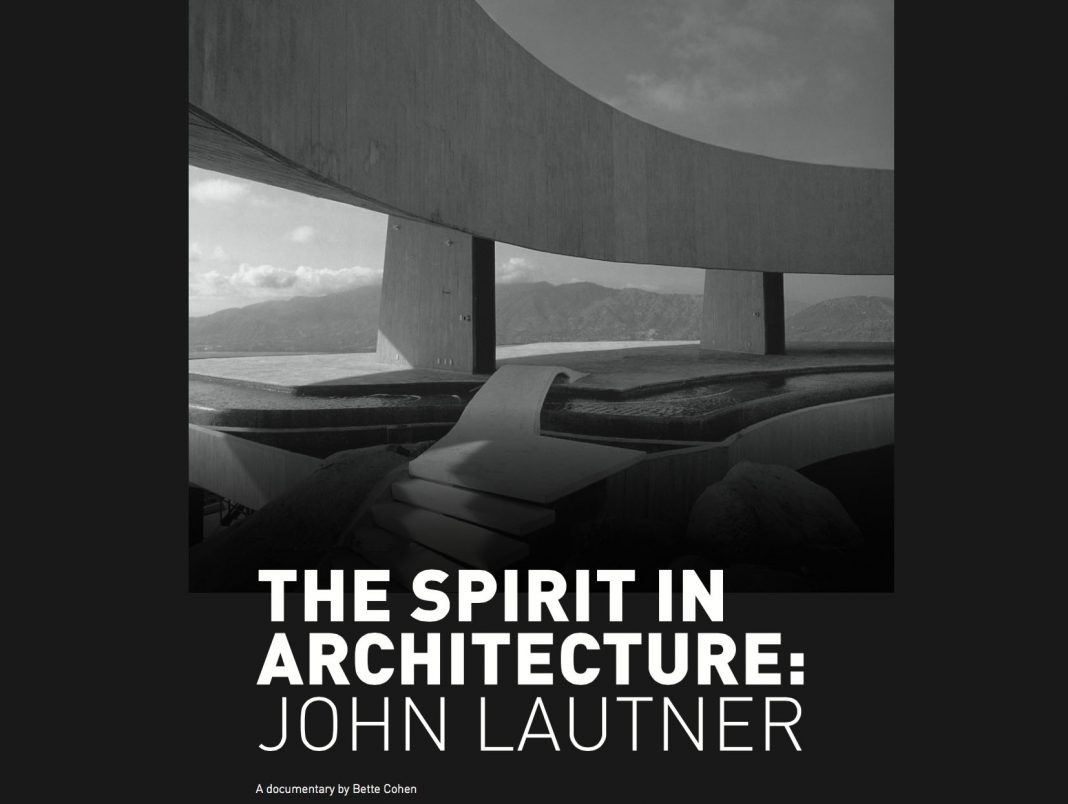 Architect John Lautner created sublime works of modern architecture that look as if they rose up whole out of the Earth. He studied under Frank Lloyd Wright at Taliesin and moved to Los Angeles in 1938. The 1990 documentary The Spirit in Architecture: John Lautner screens in Beverly Hills on January 2, and it includes not only dramatic images of the buildings, but also interviews and insights from the builders, owners, and the architect himself. Lautner’s early works included homes and spectacular commercial buildings including a motel, a car dealer, and restaurants, which he quickly dismissed when glamorous residential commissions like the Chemosphere, Silvertop, and the Sheats/Goldstein residence overshadowed them. By the time comic Bob Hope hired the master to create a massive hilltop mansion in Palm Springs, Lautner was spreading his wings with transcendent works that would include the jaw-dropping Arango house in Acapulco shown on the poster above.

I first knew of Lautner as the architect of Googies coffee shop, the origin point for my favorite breed of architecture. Near the end of the architect’s life, filmmaker Bette Cohen made a beautiful documentary about his work and asked teenage me to help. It was my first job and had a huge influence on my life. Cohen and co-producer Evelyn Wendel are speaking after a 25th anniversary screening on January 2 in Beverly Hills. It’s a rare chance to see magnificent images of Lautner’s work on the big screen.