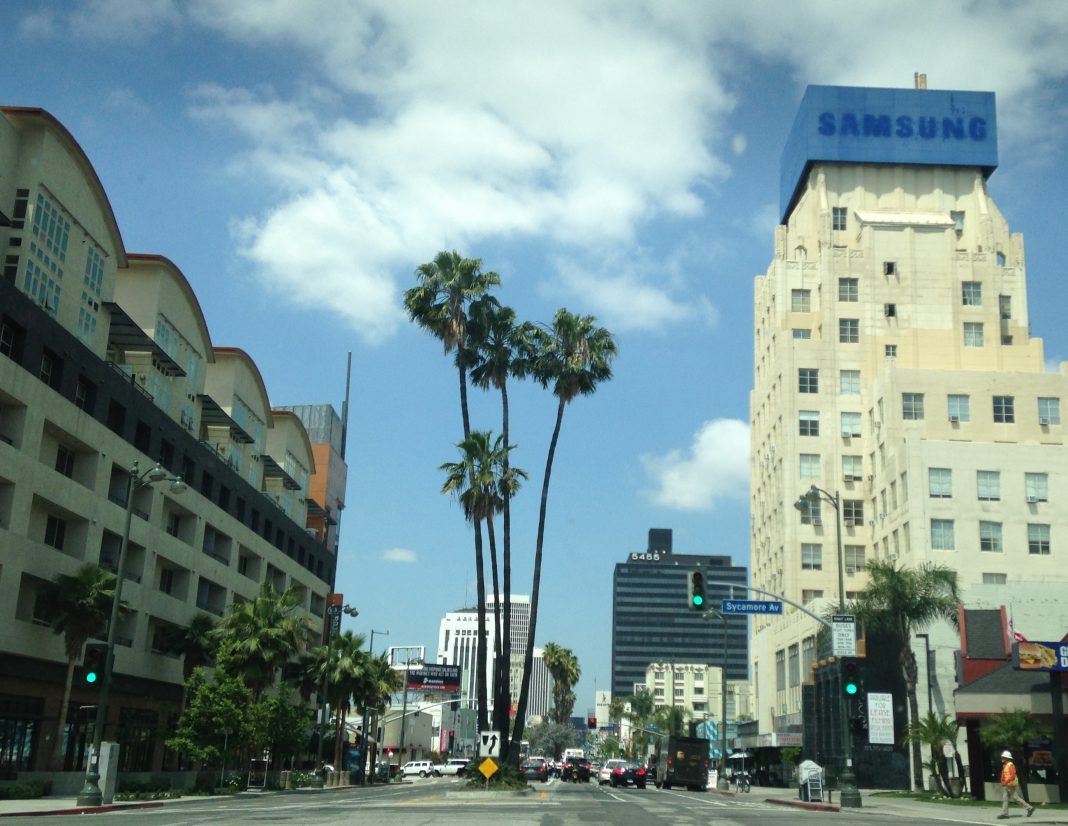 More than 140 big healthy street trees are on the chopping block along Wilshire Boulevard between Western and Fairfax. The iconic towering palm trees of the Miracle Mile are targeted for removal by Metro in preparation for the Purple Line extension, which will extend the rail network from Koreatown to Westwood.

The Miracle Mile was born as a chic shopping district in the 1920s, but by the 1950s it was already starting to fade as suburban malls began to displace the grand department stores of Wilshire Boulevard. Sometime around 1959, grassy medians were installed in the district with clumps of Mexican fan palms along each block.

In the late 1980s, property owners raised funds to revitalize the neighborhood and spruced up the islands. Designers at Melendrez, a downtown landscape architecture firm, came up with a plan to add London Plane Sycamore, giant birds of paradise, and agave to the soaring palms.

When Metro posted notices to remove the first four trees at Wilshire and La Brea, the Miracle Mile Civic Coalition objected. “We’re in dialogue trying to preserve as many trees as possible,” says Coalition president Lyn McEwan Cohen. “We’ve been protecting them for 25 years.”

After meeting with community groups Metro found a way to remove only 82 trees and has a plan to save others through relocation. They also hired landscape architect Mia Lehrer, known for her work on the Los Angeles River and the Natural History Museum, to consult on the project. “I thought that was really elevating the conversation,” says Cohen. “And a good faith effort on their part having someone of that reputation and skill set.” Original designers from Melendrez will also weigh in on the project.

Metro has postponed the destruction and is planning a public meeting at City Hall. There are 55 other pending tree removal projects in line alongside it.