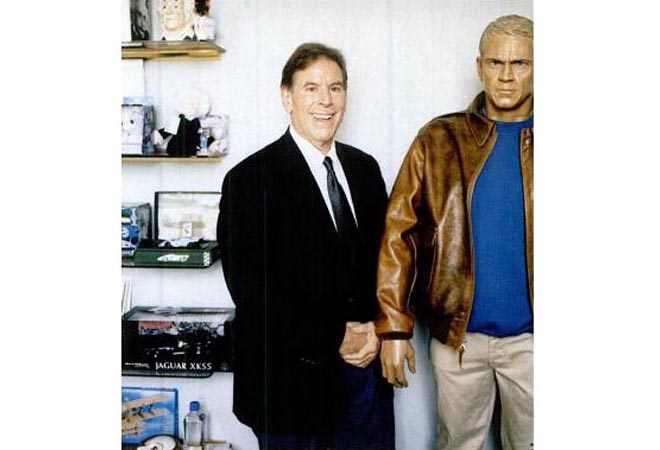 Marilyn Monroe had been dead for 20 years when Roger Richman began representing her. The agent spent decades making celebrity endorsement deals for late stars like Mae West, W.C. Fields, and Steve McQueen (whose figure poses alongside Richman above) long after they were gone. Richman died earlier this month at age 69. This profile of him by Tamar Brott ran in Los Angeles magazine in 2004.