Home Film The Dustiest Classic Films Felt New Again When You Watched Them with... 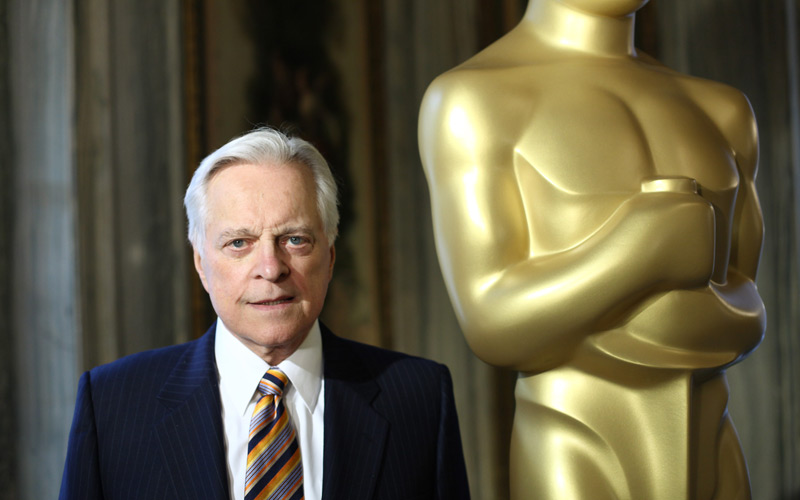 Robert Osborne made watching an old movie on TV into an event. For more than 20 years he glided into that elegant room at Turner Classic Movies and explained what we were about to see. His velvet voice embraced us with his overwhelming love of 20th century cinema, and he often shared the stage with friends who were either directly involved in that night’s feature, experts in film history, or super-fans like himself.

The bonus features of Osborne’s keen observations, passion for the silver screen, and often personal connection to someone connected with the original production was the value that made Turner the gold standard for classic film. It was the difference between watching a film in an opulent movie palace or on your phone.

A vast menagerie of classic stars knew and admired Osborne from his long-running column in The Hollywood Reporter, and even from days in television where his credits date back to the 1950s. Osborne wrote dozens of books: biographies of actors, compendiums on cinematic archives, and a long-running series on the Academy Awards.

His expertise and personal experience made him the perfect date for generations of actors and actresses who had come before him. I witnessed his incredible chemistry with golden age stars Esther Williams and Debbie Reynolds at the TCM Film Festival a few years ago. Stars and the fans adored him equally.

I was walking down Hollywood Boulevard towards the Roosevelt Hotel during one festival when he suddenly appeared beside me. During our half-block walk he was stopped at least five times by fans asking for photos and handshakes (including myself) and the attention of their hero. To TCM fans he was a rock star, and he treated them with the same appreciation he had for the movies. His passion inspired generations of classic movie fans, and we are all grateful.