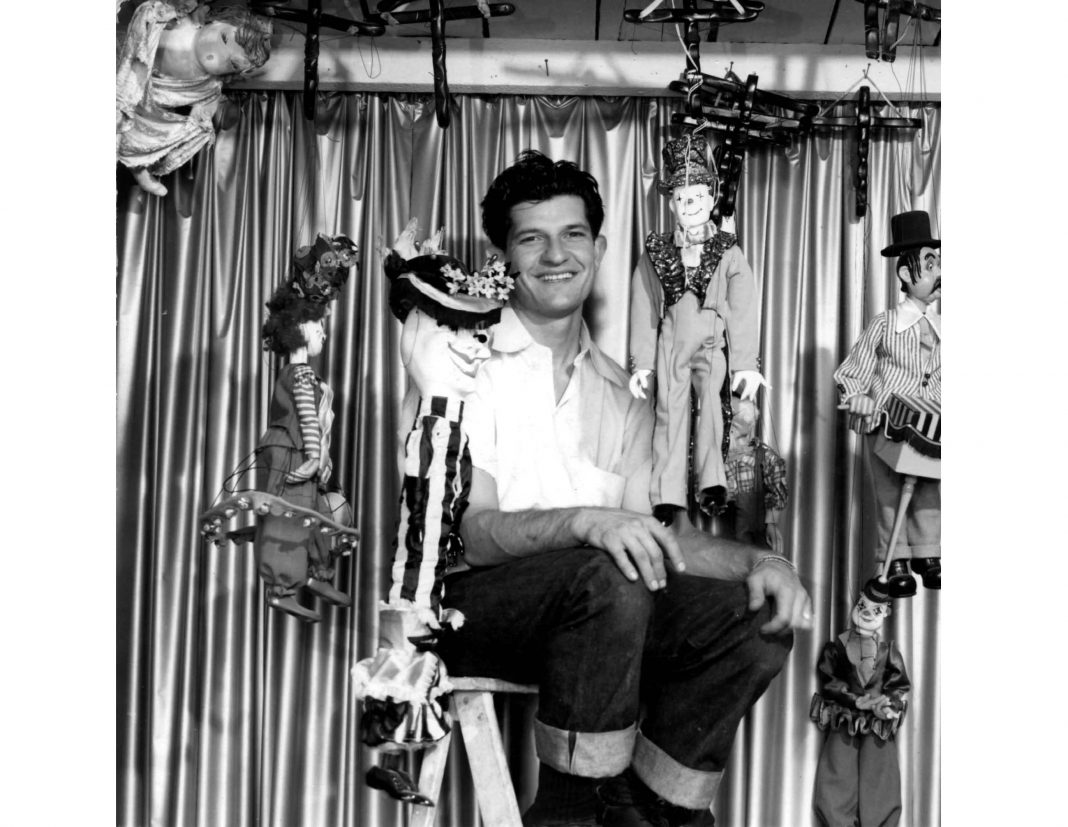 Telling stories with puppets is an ancient art. Every culture and every language is spoken with the hands, and Bob Baker, who died on Friday, spent a lifetime singing and dancing through his marionettes. Bob’s life ended where it began 90 years earlier, at his family home near Beverly and Vermont. It was in the backyard of that same house that he performed his first shows in the 1930s.

Bob Baker’s world was intertwined with the icons of 20th century popular culture, from his performances in the films of Elvis Presley and Judy Garland, to puppeteering for Steven Spielberg. A handshake deal with Walt Disney in the 1950s led to his marionettes being sold at Disneyland.

I’ve known Bob for years, and anytime I had a question about everyday life in Los Angeles from the jazz age forward, I’d call Bob. Every time I needed to know what was once on the corner of so-and-so and such-and-such street, I’d call Bob. He was always there to help me paint a picture of old Los Angeles because he was old Los Angeles. He worked at Bullocks Wilshire, he entertained at Shirley Temple’s birthday party, and he knew where all the good downtown loft parties were held – during WWII! He was a tremendous resource and a good friend.

Bob’s mountain of movie and TV work is little known to the audiences that frequent his namesake theater near downtown. The Bob Baker Marionette Theater was his showcase for more than 50 years. Before MOCA, before LACMA’s Wilshire campus, before the Music Center, the theater was an entertainment center for Angelenos of all ages. Cobbled together with creative castoffs from other venues, the little jewel box was, and continues to be, a childhood ritual, an outsider art revue, and a training ground for new artists.

Bob was far better at creating productions than managing finances, and even though it has outlived him, the theater’s current lease (with a developer hoping to replace it with apartments) ends in March. Hopefully, the stewards of this puppet empire can find a way to keep Bob’s legacy going, and your patronage can only help that effort. Baker’s staging of The Nutcracker is currently playing six days a week. Go enjoy the show.