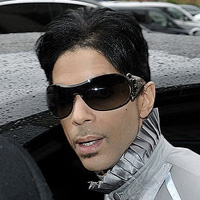 Wow, he’s at it again. Is Prince trying to take over the “Hardest Working Man in Show Business” crown from James Brown? It feels like years and years since he last appeared in Los Angeles and now he’s coming in early, leaving late and not taking a lunch.  The recently extended “21-Night Stand” at the Forum has been going strong since before tax day and he’s playing after hours gigs at the private Forum Club one floor below.  Last week he instantly sold out two shows at the Troubadour and today he announced three more shows at the House of Blues in West Hollywood. The gig next Wednesday will last something like seven consecutive hours with shows spread out over three locations in the sprawling club. An early set in the Music Hall, 10p.m. at the Porch restaurant and midnight in the Foundation Room.  The Forum shows have really felt like a community experience. I ran into five or six friends the night I attended and have been hearing about it (too little old stuff, too many medleys, amazing guest artists) at every party, dinner and Facebook chat since. The guy has so much energy. I even saw a cell phone picture of him riding his bicycle around the empty Forum after a late show. I’m imagining he’ll show up at my house and offer to help organize the garage. He’s still an amazing artist, even if he did stop halfway through “Darling Nikki” to stop and shout, “I’m in rehab!”