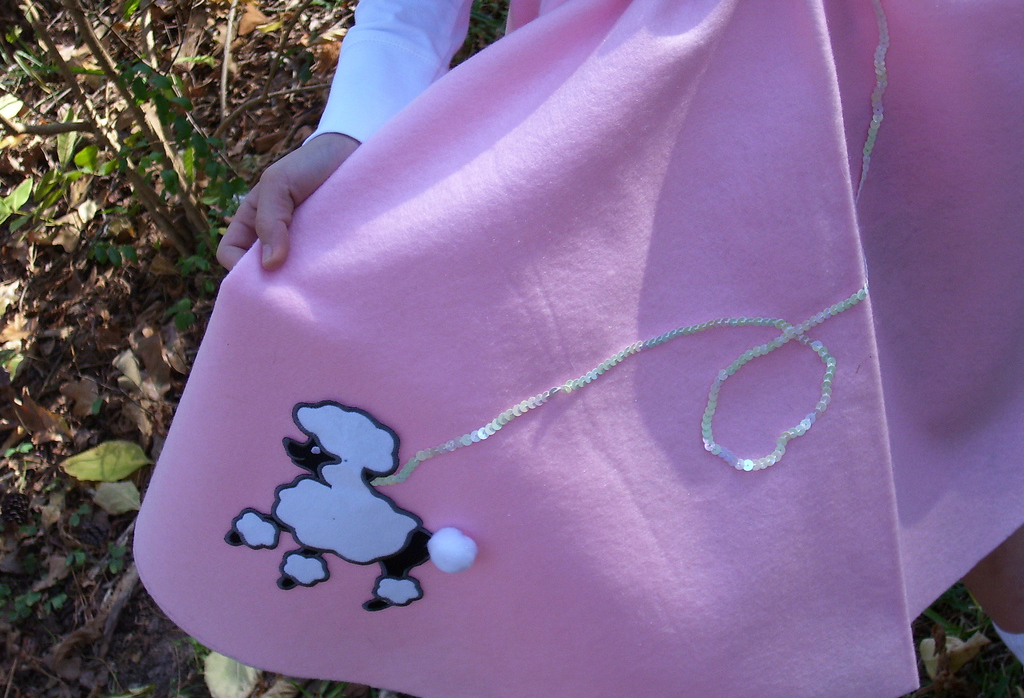 Florence Schulman, one of the original makers of the poodle skirt, passed away at age 94 this week in Reseda. The native New Yorker launched her own children’s clothing company in 1952 and would go on to manufacture the iconic garment with a dog skipping among the billows.

Another talented designer was probably the first to create the design. In the early ’50s, Los Angeles designer Juli Lynn Charlot (now 91 and retired in Mexico) made her version of the poodle skirt for a Beverly Hills boutique. The multifaceted Charlot sang in the Xavier Cugat orchestra, toured with the Marx Bros. during WWII, and in 1947 crafted a Christmas costume that was the precursor to the poodle.

By 1954, a $3.99 children’s version (Schulman’s?) was described as a “classic” in ads for less discriminating stores.

Charlot would go on to create wild and gorgeous avant-garde fashions, but it’s Schulman’s simple garment, like this example in the collection of the Metropolitan Museum of Art, that seem to have inspired countless sock hop replicas.