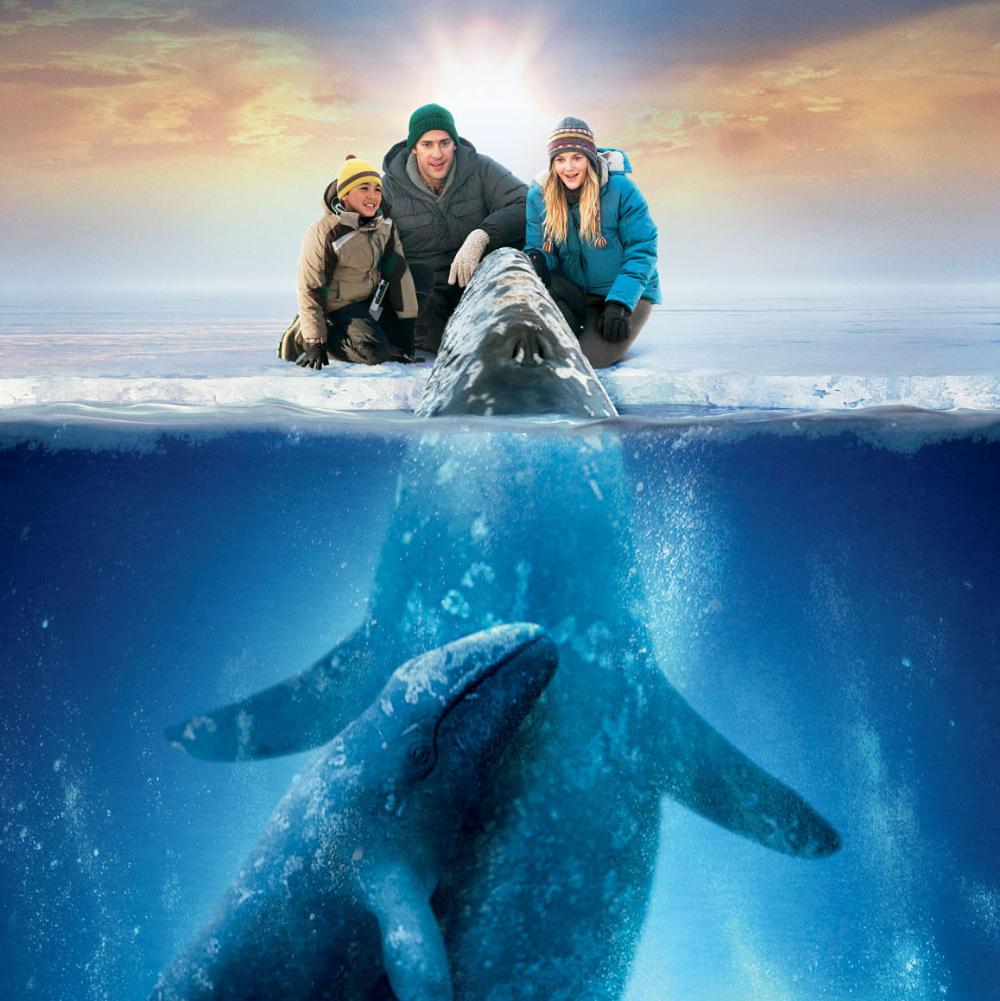 I went to see Big Miracle thinking it would be a nice respite from the dreary and depressing movies I’ve been enjoying these last few months (spoiler alert: the wife dies/ bleeds to death/ is wrapped in plastic and left for dead) in The Descendants, Twilight and Contraband) so, yecch. I figured Drew Barrymore hugging some whales might cheer me up and I was not disappointed. Sure, it has a silly love triangle and there’s a subplot about Eskimo hunters that didn’t do much for me, but I genuinely felt for those animatronic whales and I laughed at the funny parts, so mission accomplished! First off, the action (based on a true story) takes place in 1988 and I’m a sucker for period films. The plot revolves around a bunch of eclectic characters thrown together in Barrow, Alaska to rescue three trapped whales. The cast is filled with terrific character actors like Tim Blake Nelson, Stephen Root and John Michael Higgins, who steals the show with his portrayal of a pompous Los Angeles news anchor from the Jerry Dunphy era. The L.A. scenes are hilarious, with pompadoured TV reporters and execs sitting in their oak paneled conference room with a picture window view of palm trees and the Hollywood sign. The warm glow of California light was such a relief from the icy white of pre-Exxon Valdez Alaska. Look for cameos by Ronald Reagan and Sarah Palin. It’s only February, but I’m gonna say it. Here I go, Big Miracle is the feel-good movie of the year!