Home Uncategorized Noah, the Rock Monster, and The Cryptkeeper 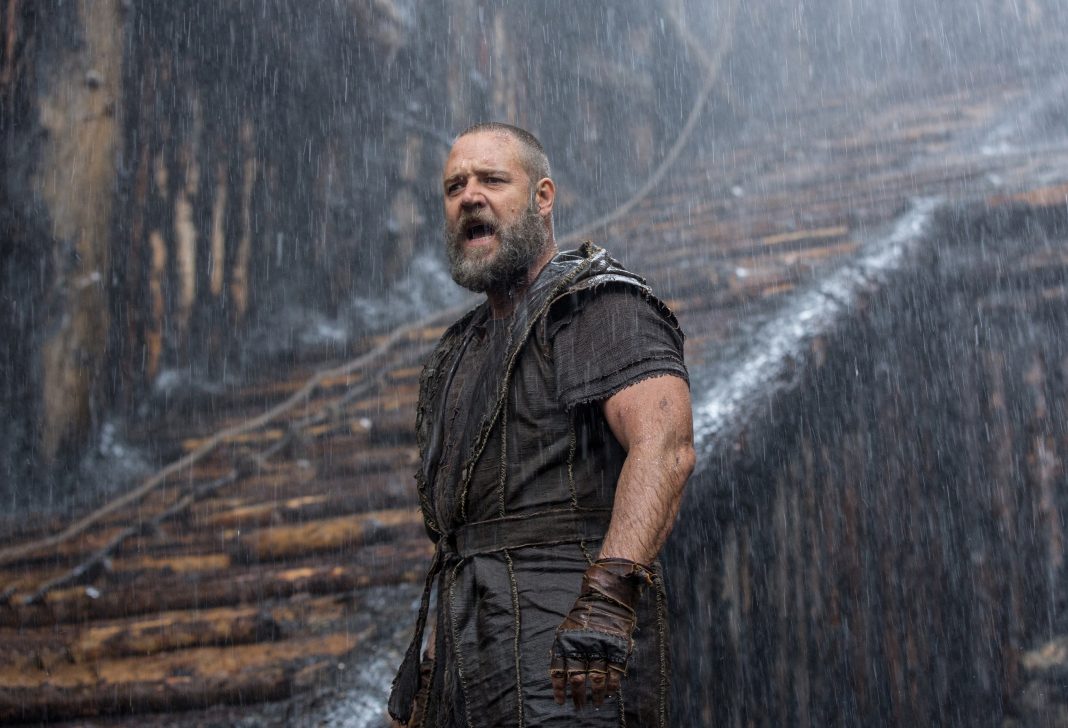 I haven’t read the story of Noah in a long time, but I did see this new movie Noah and I can’t understand if I have a faulty memory or if I blocked out all of the giant rock monsters, the chic fashions (Logan Lerman rocks a knit hoodie and messenger bag), Russell Crowe’s singing, and a psychedelic cryptkeeper that looks like Anthony Hopkins. I don’t think I imagined it with English accents, either.

A friend said the action adventure about an unkempt man who tries to murder his grandchildren reminded him of Harry Potter, and maybe that’s accurate (except Potter never gets drunk and naked on the beach or climbs a mountain to drink hallucinogenic tea with grandpa Dumbledore).

One hundred and thirty eight minutes of grief and filth and killing and magic. I should have just stuck with F. Murray Abraham as Noah. He really nailed the part back in 1999.