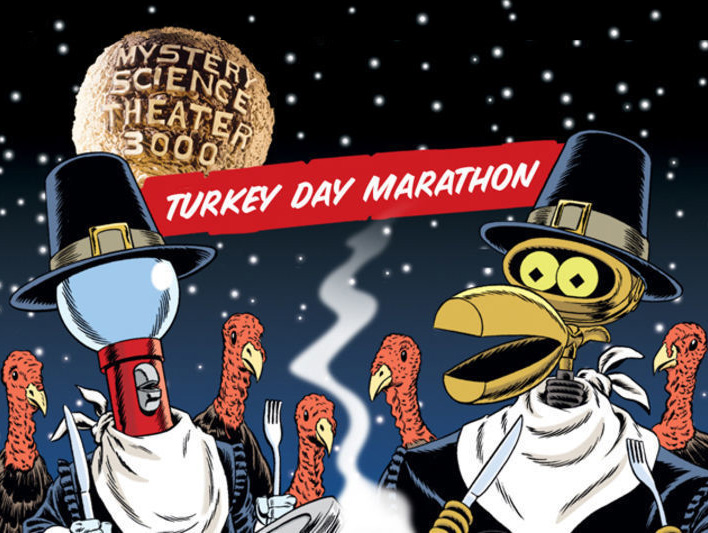 There has not been a new episode of Mystery Science Theater 3000 this century, but the classic riffing-on-cheesy-movies TV show has legions of fans who have opened their wallets to bring the show back. More than 25,000 devotees have raised $2.8 million dollars on Kickstarter to produce new episodes of the show with a completely different cast. Creator Joel Hodgson has tapped a new generation of Los Angeles funny people (all seemingly connected to the Nerdist empire) to bring life to his original characters. Jonah Ray, Hampton Yount, and Baron Vaughn will comment over old movies forced on them by a mad scientist played by Felicia Day. Shout Factory TV has made the original episodes available streaming and on DVD and on Thursday, they will bring back Turkey Day, a live-streaming Thanksgiving Day marathon starting at noon. It’s MST season!

My LA to Z: Jonah Ray