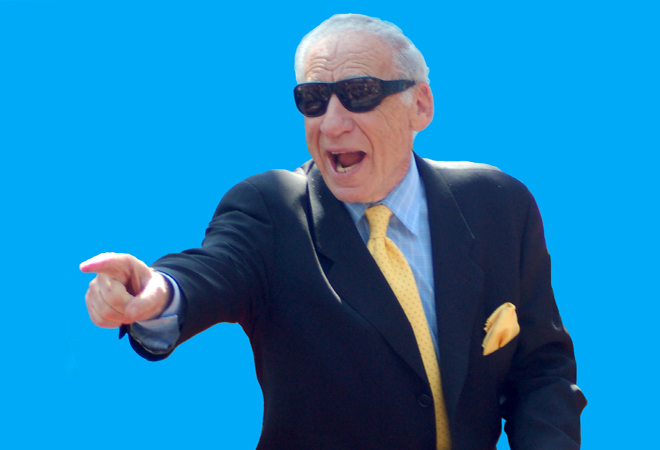 On Thursday Mel Brooks will join luminaries including Alfred Hitchcock, James Cagney, and Orson Welles as a recipient of the American Film Institute’s Life Achievement Award. Sure he won his EGOT for movies like Young Frankenstein and The Producers, but did you know that Brooks deactivated Nazi land mines during WWII and was a decorated Army Corporal? What a life! The gala takes place at the Dolby Theater on Hollywood Boulevard and the AFI has made some bleacher seats available for fans that want to wish Mel well on his way in and spot some of their favorite funny people (and presenter Martin Scorsese) entering the show. Yes, I know you’d rather join the party but this is the next best thing.

To view the red carpet festivities, you must be available between 4-7pm. If interested, please email the address below for more information and book your seat in the bleachers: [email protected]