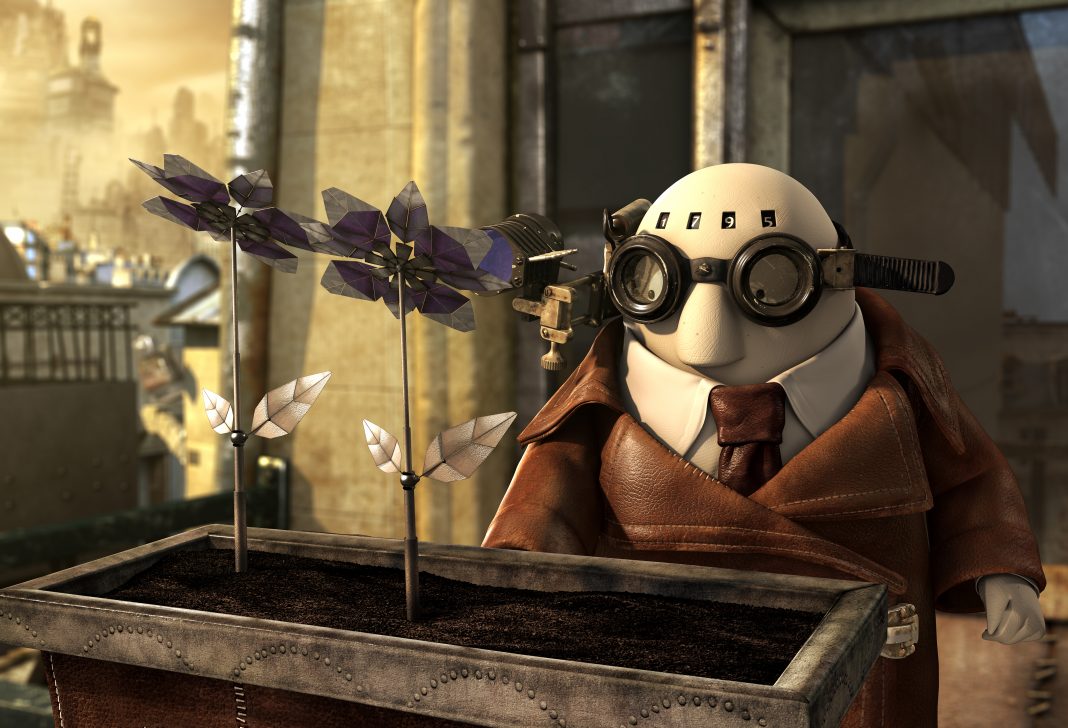 Once a year I clip a dollar to my Oscar ballot and hope to win. I never do. Being a big movie fan, I’ve seen each of the Best Picture contenders, but never get around to finding the foreign language films and still don’t completely understand the difference between sound mixing and sound editing.

I’m hoping to be more informed this year, so I lined up under the flashing neon marquee at the Nuart theater this past weekend to see the Oscar nominated animated shorts. The theater is running all five in a program that includes other “highly commended” films, and a running commentary from two jaded Academy Award seat fillers that happen to be CG animals.

The audience clapped loudest for Mr. Hublot, a sumptuous steampunk animal adventure from Luxembourg. Hublot (pictured) keeps his outlandish clockwork world in perfect order until he meets a stray dog. The crowd also buzzed after a film the Academy overlooked: The Missing Scarf, a wonderfully bleak black comedy narrated by golden voiced George Takei that made my jaw drop.

I’m guessing the new 1920’s Mickey Mouse short Get A Horse! will win the award, but the electric dog from Hublot is definitely nipping at Mickey’s heels. The compilation has a two week run at the Nuart.