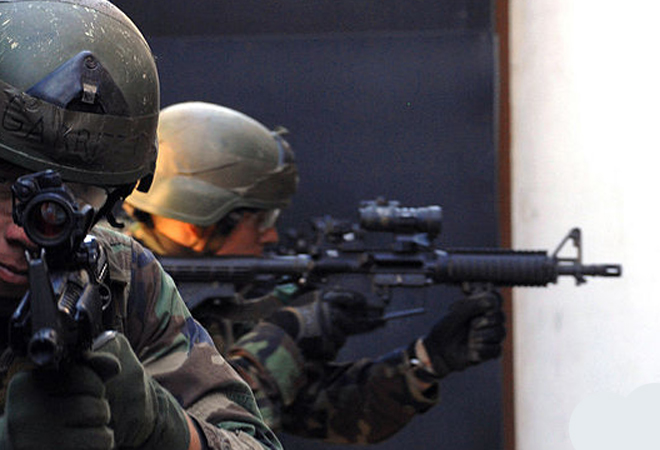 Do you live in constant fear of being attacked by a crazed nut? Do you have $150 burning a hole in your pocket? On December 14th, three ex-Navy SEALs will be leading a class on military evasion and response tactics in Culver City called Move2Safety. Their biographies read like a super macho edition of Charlie’s Angels: Matt carried the “Nuclear Football” for President Obama, Rorke starred in the action blockbuster Act Of Valor, and Duke is a fireman and a paramedic. They’re calling it the “fire drill of the 21st century.” The class includes “situational awareness,” “understanding exits” and “psychological response education.” Couple thoughts: One, Everyone on the street is not a threat. Two, this would make a great TV series.