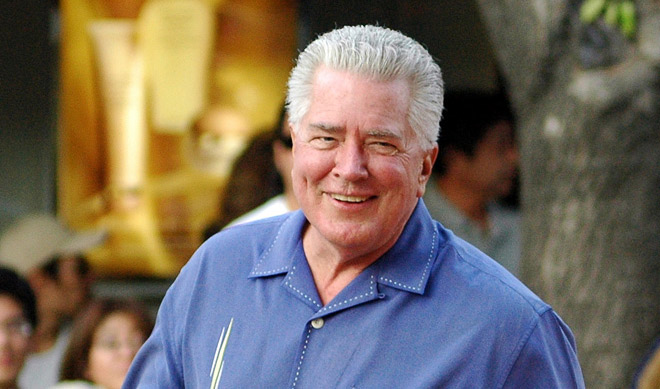 Huell Howser has put away the mic, sent his cameraman packing and is pulling the plug on his longtime PBS show. No more visits to old ladies to see their China collections, no more weed art, no more AMAZING! Huell’s shows, he now has more than a dozen, are the way most of us get to see the hidden treasures of L.A. Who knew there was a guy restoring a machine to make silent movie sound effects? Or how to ride the beer train into Mexico? Huell has been an inspiration and a friend for years. I’ll never forget his impassioned speech as we both fought to save the Long Beach Naval Station in the 1990s. A few years ago, I walked down Cesar Chavez Blvd. alongside the grinning ambassador of California culture and watched astounded as entire families raced out of stores to wish him well and as cars pulled over to greet him from their windows. I am grateful to have been a guest on the show, but I’m even more grateful for the chance to flip on channel 28 and find him reliably there. I’ve yet to try the double hot dog named for him at Pink’s, but I love finding his face on my milk bottle, or hearing him on The Simpsons. The guy is an icon and a hero. I knew something was brewing when he donated his life’s work to Chapman University last year. When KCET left Hollywood a few months ago, he stayed on Sunset Boulevard in a new, smaller office. The school plans to digitize the archive and make it available online. I hope the collection inspires the students at Chapman as much as it inspired me. In a 2003 profile of Huell Howser by Tamar Brott, Howser says the thought of walking down the street and seeing something amazing and not being able to broadcast it disturbs him. We’ll miss you, too, Huell.