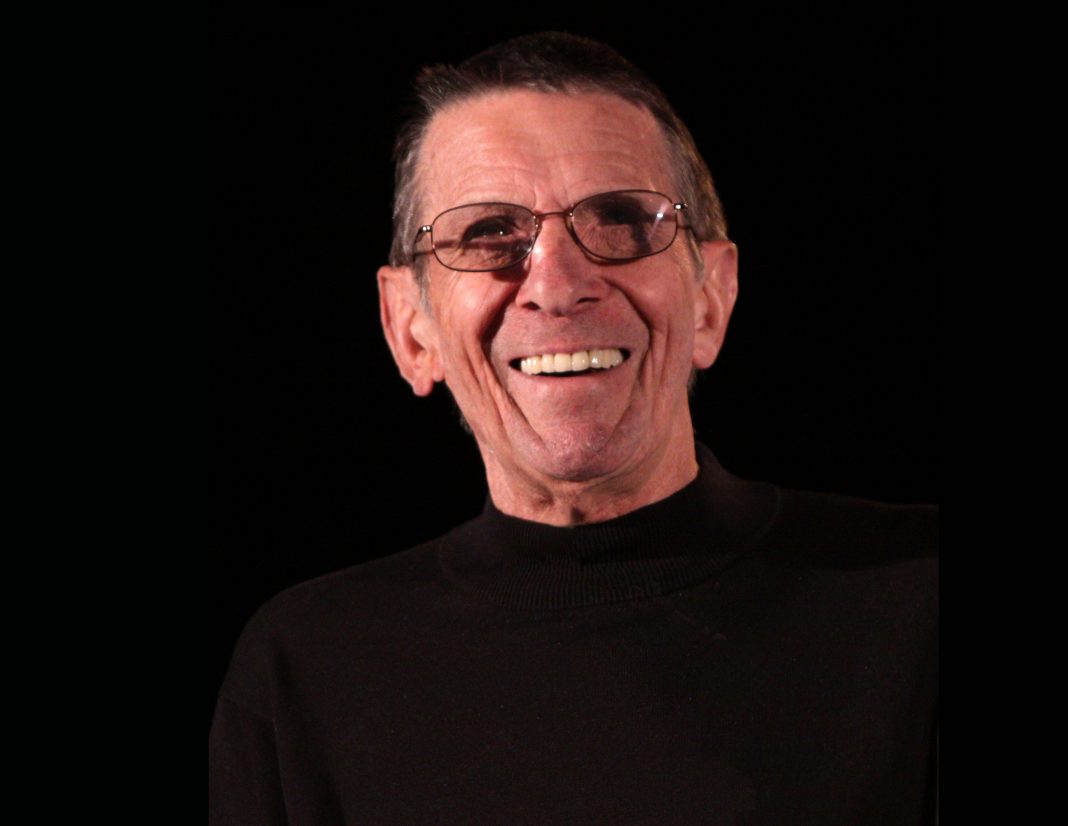 Tributes have been pouring in from around the world (and beyond) for Leonard Nimoy, who died last week in Bel Air at age 83. The actor best known for his role on Star Trek is sure to be missed by fans, but his loss will also have a big impact on the Los Angeles art world.

Museums and theaters have benefitted greatly from his financial largesse and from the contributions he and his wife Susan made as leaders and advisors to art institutions all over the country.

For the past 15 years Nimoy focused on photography projects, creating exhibitions and books from his images: photos as varied as women in traditional Jewish garb to artful nudes of large women, to a project where he asked 100 strangers to “reveal their secret selves” to the camera.

“Nimoy had a gift for drawing out his portrait subjects,” MASS MOCA director Joseph Thompson wrote in the catalog for Full Body Project. “People dropped all pretense and exposed their intimate selves to him immediately. They were often brief encounters, five or 10 minutes, in which he learned a stunning amount about his subjects.”

Nimoy was born in Boston, but by age 20 he relocated to Los Angeles and joined the Pasadena Playhouse. A year later he was playing a Martian in Zombies of the Stratosphere and on his way to science fiction immortality. He studied with the photographer Robert Heinecken at UCLA and has photographs in the permanent collection of the Los Angeles County Museum of Art, the UCLA Hammer Museum, the New Orleans Museum of Art, the Bakersfield Museum, the Museum of Fine Arts Houston, and New York’s Jewish Museum.

Leonard and Susan Nimoy were donors and supporters of nearly every major art institution in Los Angeles including MOCA, LACMA, Cal Arts, REDCAT at Disney Hall, and the Santa Monica Museum of Art. His mellifluous voice narrated audio tours from MOCA to MIT. In 2006 Leonard and Susan Nimoy donated the funds to construct the large theater inside the Griffith Observatory. The organization named the venue the ‘event horizon’ after the point in space where the gravity of a black hole is all consuming. Nimoy’s departure will definitely leave a black hole in his adopted hometown.

“Leonard Nimoy was everything you would imagine him to be—kind, moral, wise, loyal, and profoundly generous of spirit,” Ann Philbin, director of the Hammer Museum, told artnet News. “He truly loved the arts. We will all miss him terribly.”