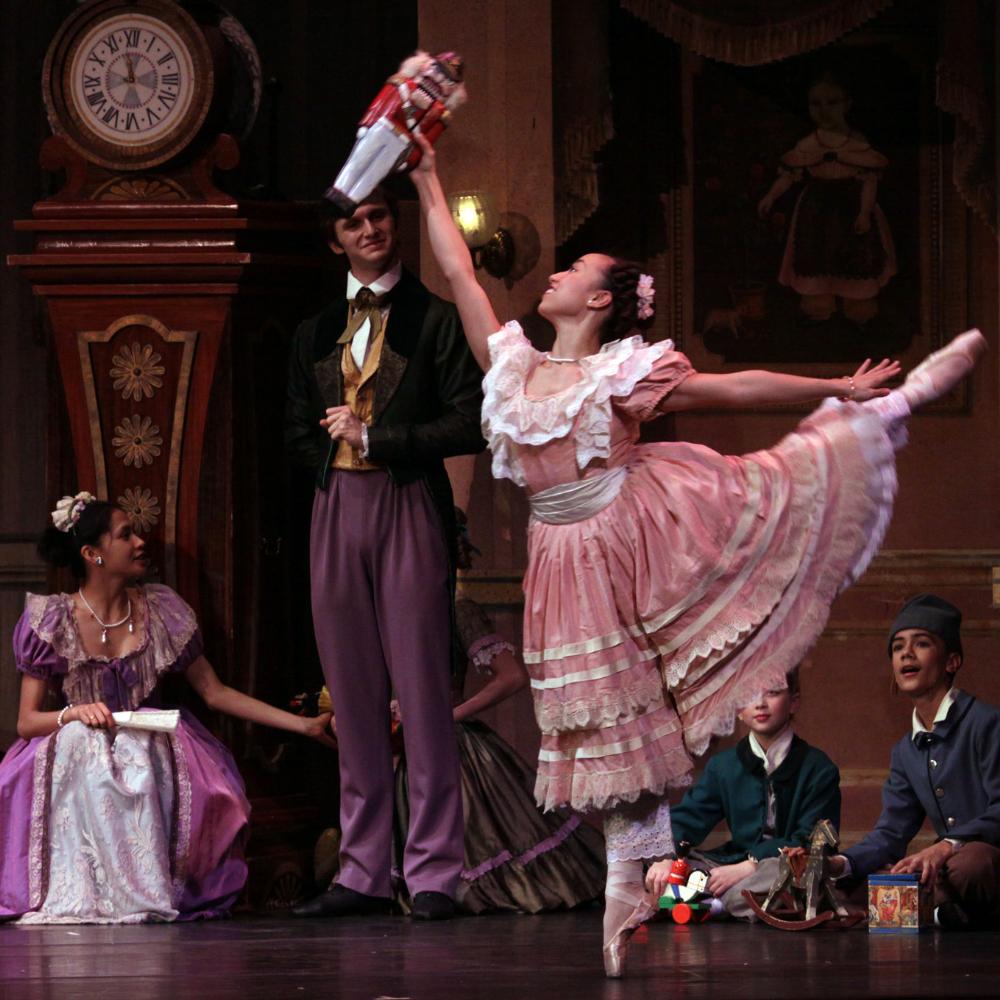 The Joffrey Ballet’s version of The Nutcracker began a four-day run at the Music Center last night. The plaza in front of the Dorothy Chandler Pavilion was full of life as children sprinted around the artwork and couples sipped drinks and posed for pictures. Two adorable toddlers skipped by in red velvet dresses shouting, “We can’t be late! We can’t be late!” I loved the excitement and life in this very quiet corner of downtown. It’s always such a thrill for me to watch an orchestra tune up and prepare for that first note, and this was the first time I noticed the two powerful spotlights aimed directly at the conductor whose wand glowed intensely as he opened the show. The stage quickly filled with dancers and opened on a magnificent set; a Victorian living room, enormous and akimbo, very formal but with walls flying out in all directions. When the scene shifted to a dreamscape of looming cartoon trees I thought I might see Tim Burton in the wings. It was so far out that I wasn’t surprised when I noticed that Tommy Chong was sitting right behind me. The whole show was lush and lavish and larger than life, overstuffed with flowing costumes, enormous set pieces and so many dancers it was sometimes hard to keep track of the parts. Of course opening night had some glitches: a cuckoo clock whose chimes came in ten seconds late, a dancer silently taking a ballet slipper in the face, but it was a world class show and the Joffrey dancers are supreme masters of the art.