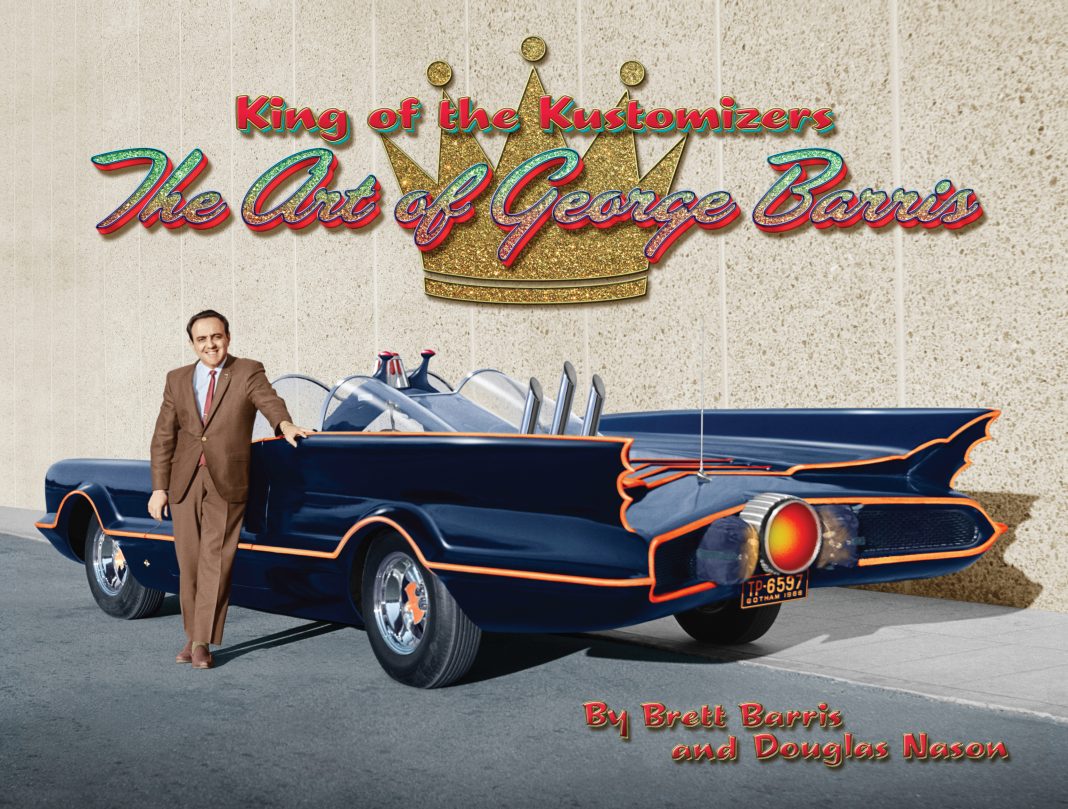 George Barris has been creating custom cars since he was a teenager playing around with the family’s 1925 Buick sedan. He chopped, bobbed, lowered, and shaved his way into automotive history with his outlandish and iconic designs. By the 1960s, his fantasy cars for TV and movies made him a household name when they inspired a line of plastic toy replicas. Every baby boomer kid wanted to play with his or her own Batmobile or Munster Koach. A car from Barris Kustom became a symbol of the California good life and celebrities began to challenge George to interpret their outsized personalities in metal flake and kandy-kolor paint.

Barris and his family continue to create wild and crazy cars from their showroom in North Hollywood. The 89-year-old patriarch still presides over his kingdom from an office crammed with mementos from a long and colorful career. One room holds a vast archive of photos, drawings, and samples from cars made for colorful clients like Phyllis Diller, Bob Hope, and Cher. Barris’s son Brett and art historian Douglas Nason (Art of Ed “Big Daddy” Roth, Night of the Tiki) rounded up the biggest names in the world of car culture to fete the master in essays stuffed into a monster Last Gasp art book. King of the Kustomizers: The Art of George Barris is filled with more than 1000 photos touching on teen culture, music, architecture, toys, design, media, and fine art on 500 highly stylized pages. Who knew there would be a whole section on psychedelic beach parties? Barris was everywhere!

Galpin Ford is the best-selling dealership in America and has a little-known car museum tucked in a separate building. The Galpin Auto Sports Collection is hosting a public open house and big car show featuring an exhibit of Barris cars and art on September 20. Fire up your jalopy and see the art from the king of the kustoms.