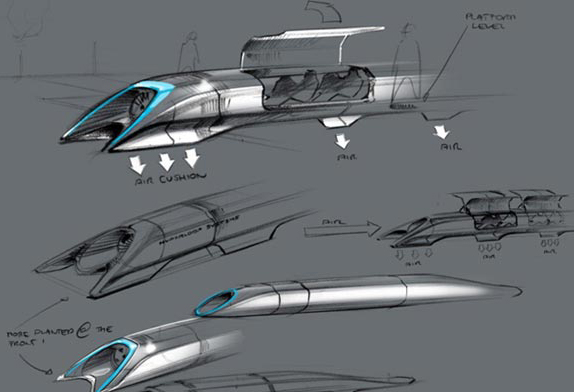 UCLA is sponsoring the first public look at the Hyperloop, Elon Musk’s high speed supertube between Los Angeles and San Francisco, at their new IDEAS campus in Playa Del Rey next week. The location is perfect for an exploration of the futuristic technology. The facility is located at the old Howard Hughes aircraft plant on Jefferson Boulevard, renamed the Hercules Campus and owned by Los Angeles magazine’s landlord the Ratkovich Company. The eleven buildings of Hughes Aircraft once housed the flying boat Spruce Goose, the largest helicopter ever built, the XF-11 experimental aircraft, and later the first laser, first air-to-air missile, and the first geosynchronous communications satellite. Science! They also invented XM Radio and DirecTV under that roof, crazy! What a perfect place to learn about Musk’s idea for pressurized capsules that would travel at twice the speed of a jet in a metal tube alongside the 5 freeway… L.A. to San Francisco in 30 minutes.  Sign me up!

Lectures are free and open to the public. Seating is available on a first-come first-served basis.