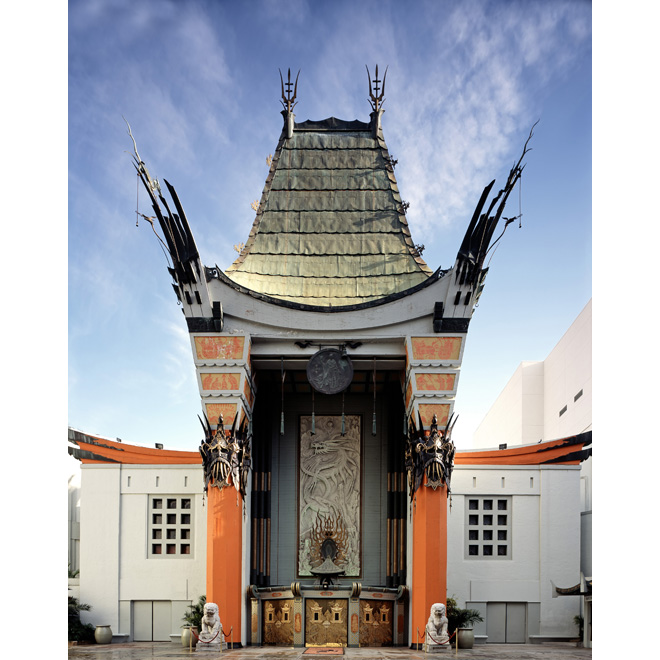 Elie Samaha and Don Kushner, who purchased Grauman’s Chinese Theatre from mall owner CIM at a reported cost of $10 million in 2011, announced this morning that they have sold naming rights to the Hollywood showplace. The gentlemen have earned half their investment back in a deal to strip off Sid Grauman’s name and rename the theater in honor of  Chinese TV manufacturer TCL. Samaha and Kushner, who brought the world Battlefield: Earth and Animalympics, say they plan to use the money to add LED screens, digital signs, and extensively remodel the interior of the 1927 landmark, which was restored in 2001. Sid Grauman ran the downtown Metropolitan, the largest theater in Los Angeles, before moving to Hollywood Boulevard in 1922 when he opened Grauman’s Egyptian, where he invented the movie premiere with a giant party for Douglas Fairbanks’s Robin Hood. Five years later, he cemented his legacy with the glorious Chinese and it’s forecourt filled with celebrity autographs. Now I won’t harp on about Grauman’s refined love of the cinema, he ran some hokey programs and handed out plaques to horses, puppets and even his own mom, but he also created the showy prologues, the gimmick with the footprints, interviews with the stars on the red carpet and invented a genre, which invented Hollywood. I hope these guys realize what an icon they have here and maybe lay off inviting folks like Simon Cowell or Taylor Lautner to leave indelible marks in a rapidly filling courtyard. I hope they use a light hand when plastering the most recognized building in our city with billboards promoting a device designed to make people stay out of movie theaters. I think we all agree a few things are sacred. Don’t take Sid’s name off this place. C’mon.