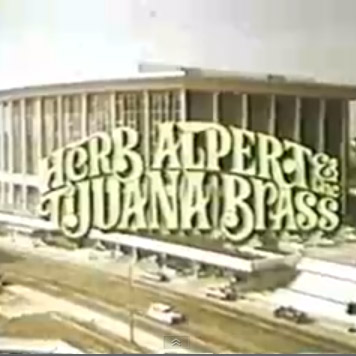 I was spinning around on the new carousel at the zoo the other day and listening to all the hits of A&M Records, courtesy of a big donation by co-founder Jerry Moss, when Herb Alpert’s Rise came over the speakers. Suddenly everything browned out and I saw the world in the washed out colors of 110-film era. With songs spanning the sixties to the nineties, its sure to get that reaction from lots of folks. Rise is what it is, but If I had only been around a few years earlier, I could have caught the Alpert band racing around downtown Los Angeles in their amazing Tijuana Taxi and Charro suits! Check out this AMAZING video of these gents invading Olvera Street and the Music Center in their velveteen glory!  Olé!