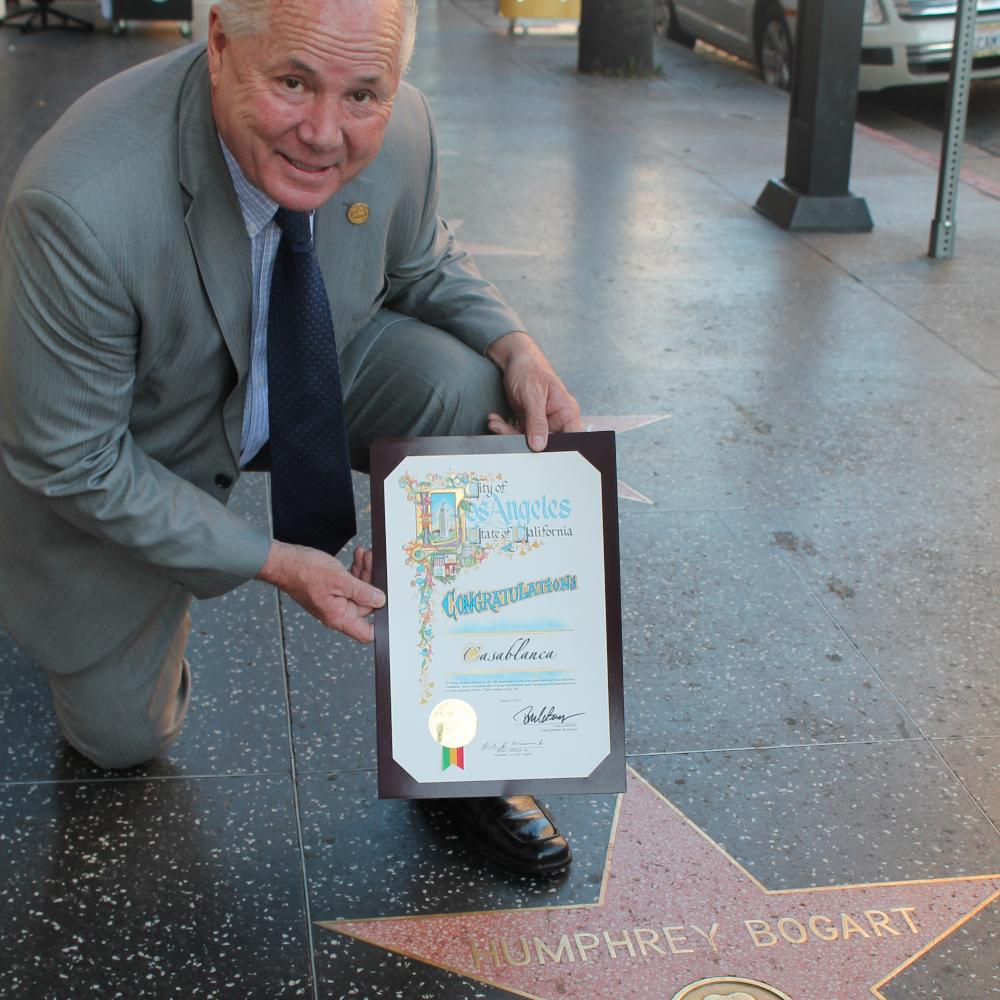 What are you doing at your computer when you could be picking out a hat and gloves for tonight’s special screening of Casablanca. Join Councilman Tom LaBonge (right, with Bogart’s star) and packed houses across the country to celebrate the 70th anniversary of Rick, Ilsa, Sam and all the usual suspects. Fathom Events and TCM are hosting a nationwide simulcast at 500 theaters – complete with a commentary and introduction from digital Robert Osborne– tonight at 7. Sure, Warner Bros. is releasing a super fancy blu-ray edition March 27th, but you need to see what Leonard Maltin calls “The Best Hollywood Movie of All Time” the way it was meant to be seen, on the big screen with kids throwing popcorn in your hair.. Playing locally at AMC Century City, Regal at downtown’s L.A. Live, Rave Crenshaw and Citywalk. Click here for tickets.