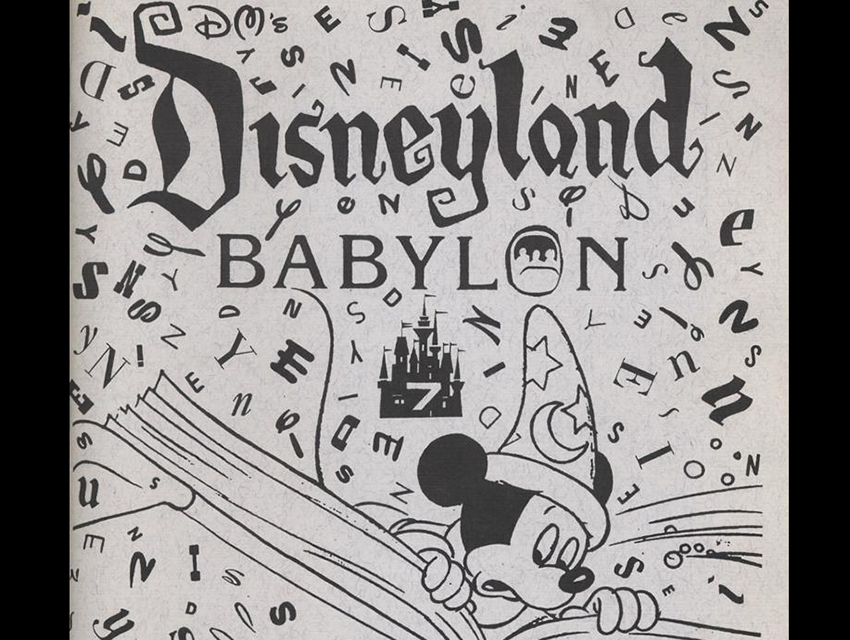 Sixty years ago today, Walt Disney opened the gates to Disneyland and changed the world. Historian Alan Hess writes that the park was “the single most important piece of Modern architecture and planning in the twentieth century.” Artists, animators, and set designers from the studio were recruited as “Imagineers” and were tasked with building a dream city on 160 acres in Anaheim. “They went far beyond International Style architects’ fixation on structural expression,” according to Hess. “To shape space and form using the techniques of film—editing, sequencing, framing, imagery, color, storytelling—to tap into the heart of modern life.” Fans, designers, museum curators, and even conspiracy theorists eager to understand its magic have examined the park in great detail over the decades. These thirteen books come closest to explaining it. Designing Disney: Imagineering and the Art of the Show
By John Hench

Hench worked on films and theme park attractions for more than 65 years. This feels like a peek inside his private sketchbook. This catalog from the international exhibition was one of the first to explore the power of design at Disneyland. A memoir from the designer of Disneyland’s ride vehicles, one of the first Walt hired to design the park. A 1990s zine filled with horror stories and bad news lovingly crafted by a disgruntled employee. An encyclopedia of original postcards representing every lost corner of the park. A family album of super rare images from the construction and opening of the park by Orange County Register photographer Mell Kilpatrick. A memoir from the colorful designer behind Walt Disney’s Enchanted Tiki Room, whose “Museum of the Weird” concept evolved into The Haunted Mansion. A beautiful art book filled with the bold graphics that promoted the attractions as if they were films. Secrets of Disneyland: Weird and Wonderful Facts about the Happiest Place on Earth
By Dinah Williams

This tome illustrates longtime employees, the names on Main Street windows, and secrets of every land. The “E” Ticket
By Leon and Jack Janzen The official book about the park, from the park, created by PR genius Marty Sklar in 1965. A quick and easy who’s-who guide to the early creators of the park.