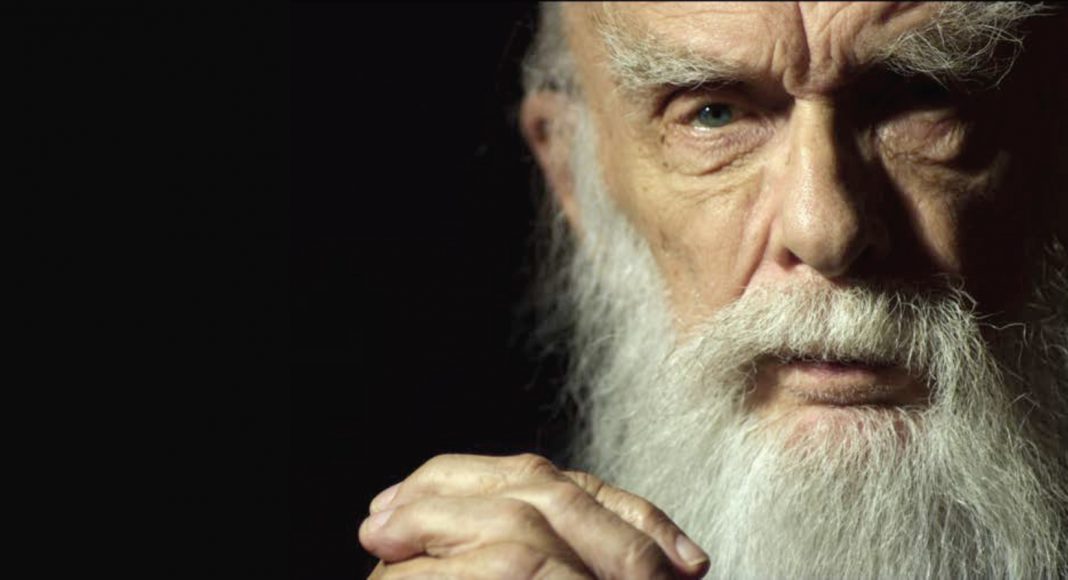 Some of my earliest TV memories are of magician James “The Amazing” Randi on shows like That’s Incredible and In Search Of, where he explained how easy it was to fool the eye with “magical thinking.” His enthusiasm for explaining away the supernatural only heightened my interest in Bigfoot and ancient aliens and other oddities that might (or might not) be hiding out there.

When I met him the other night at a screening of the new documentary An Honest Liar in the Magic Castle I wanted to give him a hug and tell him he was the first to teach me the skills of critical thinking. In the 1940s, Randi ran away from home to ustinoin the circus, wrote a psychic advice column, and learned to become a master magician in the early days of television–all before turning his efforts toward disproving the paranormal and winning a MacArthur prize in 1986.

Directors Tyler Measom and Justin Weinstein, whose previous documentary Being Elmo won the jury prize at Sundance, mix the voices of science and magic, or magical science (folks like Bill Nye, Adam Savage, and Penn & Teller) with archival clips of The Amazing Randi explaining to Merv and Johnny and Regis how con men use simple parlor magic to prey on the unaware. In the 1980s, Randi showed the world the frauds of “faith healer” Peter Popoff, whose astounding knowledge of his audience’s maladies came not from God but from his wife broadcasting through a hidden earpiece. Randi also went to great lengths to expose spoon-bender Uri Geller, who bounded back and today sells crystals on QVC.

Randi was encouraged by scientists dating back to Richard Feynman to pursue his work and follow in the footsteps of Harry Houdini, who spent years uncovering spiritualist frauds. Houdini worked with Scientific American magazine, which offered a cash prize to anyone that could prove psychic, supernatural, or paranormal ability. Randi continues this tradition with his own Million Dollar Challenge. His offer has been on the table for more than 50 years.

Without giving away any spoilers, the filming took place during a difficult time in Randi’s personal life, when the lines of truth and deception were blurred. It leads to an emotional finish that caused a standing ovation at my screening. It’s a great film.

An Honest Liar opens today at the Nuart Theater and will air as part of the Independent Lens series on PBS.