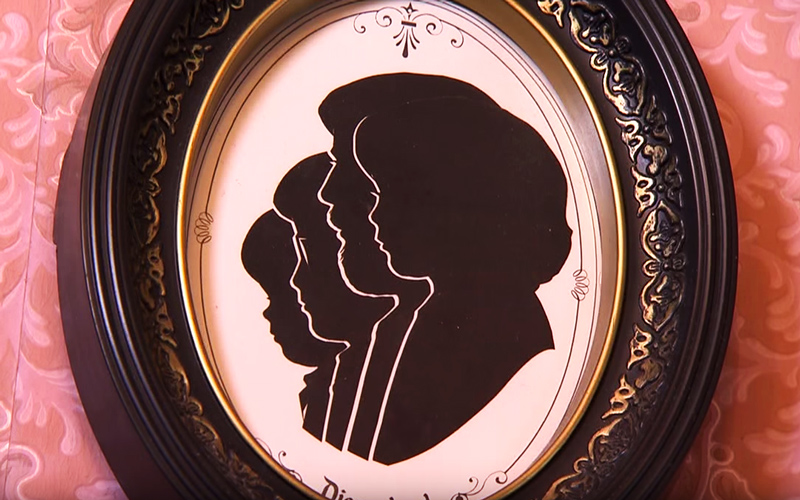 The Silhouette Studio at Disneyland has been cutting paper portraits of visitors for more than 60 years. The art form itself was popularized by French general Etienne de Silhouette back in the 18th century before cameras were available. Today the tiny portraits can be purchased as souvenirs from Walt Disney’s Main Street U.S.A., which has the time machine set to the turn-of-the-20th-century. The current senior artist is Bonnie Elliott, who has been snipping the black paper at the park since 1977. She worked with the park’s second shadow portraitist Harry Bryce, who started about a decade earlier. Bryce inherited the position from shop founders Alex de Gonslar, a French-Hungarian immigrant who studied painting in Paris, and Joseph “Nemo” Markay, who once cut portraits at New York’s Coney Island. Shadow painting is a prehistoric art, and Elliott keeps new generations excited about it. Disney recently took a camera to her studio to see how it’s done.