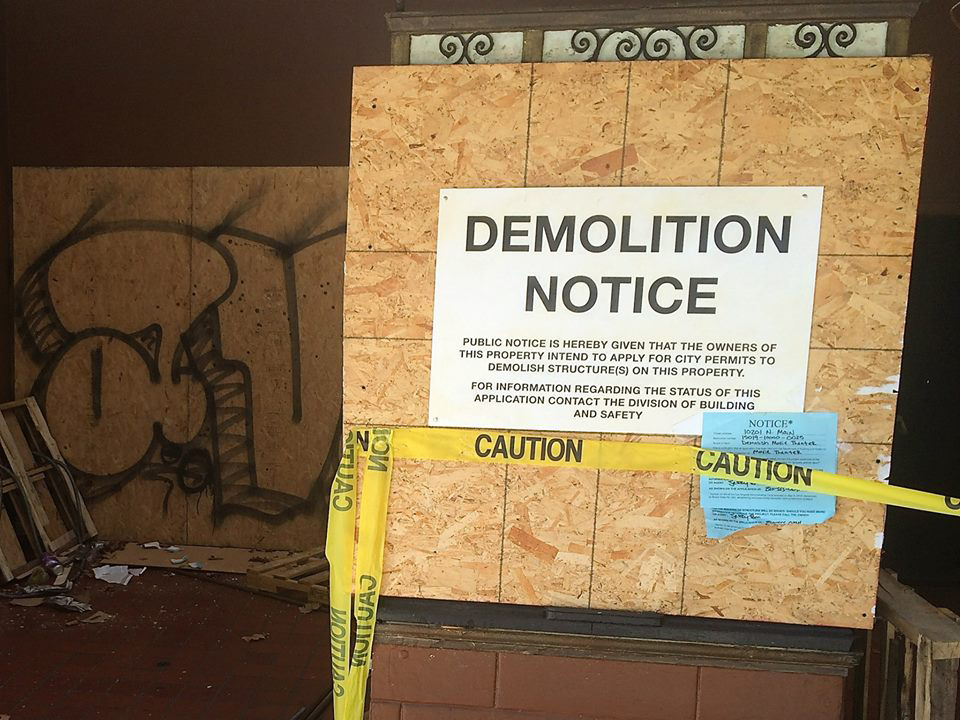 The 1925 Rialto Theater in South Pasadena has been closed for eight years, and until its recent sale to developer Izek Shomof, things hadn’t been looking so hot for the 1,200-seat movie house. In 2010, a chunk of plaster crashed to the sidewalk, forcing owners to seal off the entrance.

Theater supporters jumped into action this morning when they saw a large “Demolition Notice” sign attached to the box office. Friends of the Rialto president Escott Norton raced to Fair Oaks Avenue and found himself among a crew filming the TV show Modern Family. The ABC show brought in fake debris and sprayed graffiti to make the forlorn theater look even more forlorn. Stars Ty Burrell, Nolan Gould, Sarah Hyland, and Ariel Winter were seen preparing for a scene around the closed entrance.

For more than 90 years the Rialto Theater has been an icon of South Pasadena, and for almost half that time it has been fighting to survive: a fire in 1972, a proposal to replace it with a drug store and parking lot in two years later, a plan by Landmark Theatres to chop the auditorium up into five screening rooms in 1998.

A few weeks ago, the building was sold to Shomof, who plans to restore the building as a bar and theater. Maybe the preservation storyline will inspire folks to get involved with efforts to save historic places.