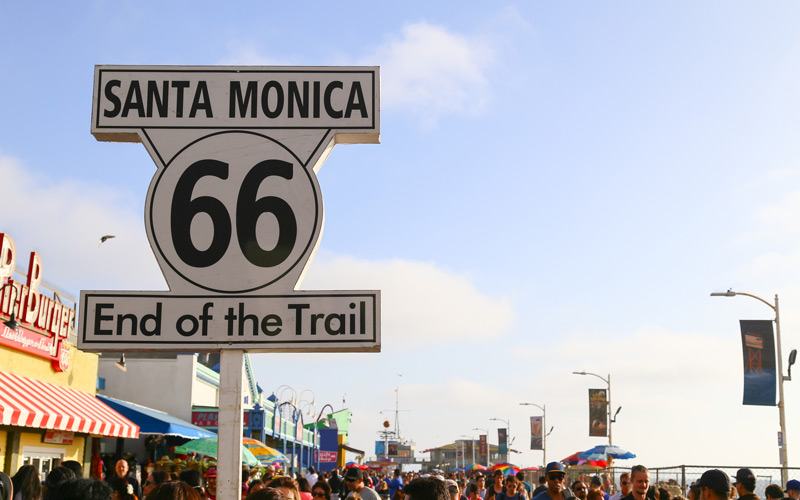 Q: Where does Route 66 end in California?

A: Road trippers like to start at Lake Michigan in Chicago and end on Santa Monica State Beach (more on that in a minute), but the “Mother Road” never formally reached the water here. When the highway was dedicated in 1926, the terminus was at 7th and Broadway in downtown Los Angeles. A decade later the thoroughfare was extended to the intersection of Lincoln and Olympic boulevards in Santa Monica, about a mile from the Pacific. Since this less-than-scenic spot can be a bit of a letdown after traveling nearly 2,500 miles, the Route 66 Alliance partnered with the Santa Monica Pier Restoration Corporation in 2009 to mount an unofficial “End of the Trail” sign on the pier.

E-mail your burning questions about L.A. to [email protected].