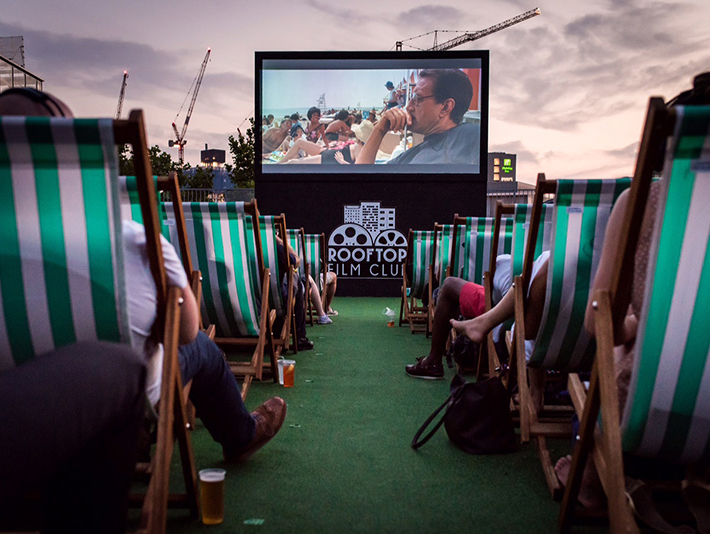 For the next three weeks the roof terrace of the 1926 Montalbán Theater in Hollywood becomes the West Coast outpost of the London-based Rooftop Film Club. Their promise of “comfy chairs,” complimentary blankets, wireless headphones, and movie-themed food and drinks stand out from the do-it-yourself atmosphere at most outdoor screenings. I love Hollywood Forever, but those tombstones were not designed to be chairs, plus this new series runs five days a week.

Squeeze out the last fun of the summer at this 21st century drive-in built on a former basketball court near Hollywood and Vine. You can’t complain about traffic because it’s subway close, a big bonus in post car culture Los Angeles. The roster of classic inflatable screen fare includes Grease, Jaws, and Back to the Future. I was hoping to see Star Trek II or another film from the venue’s namesake on the schedule. Khaaaaaan!