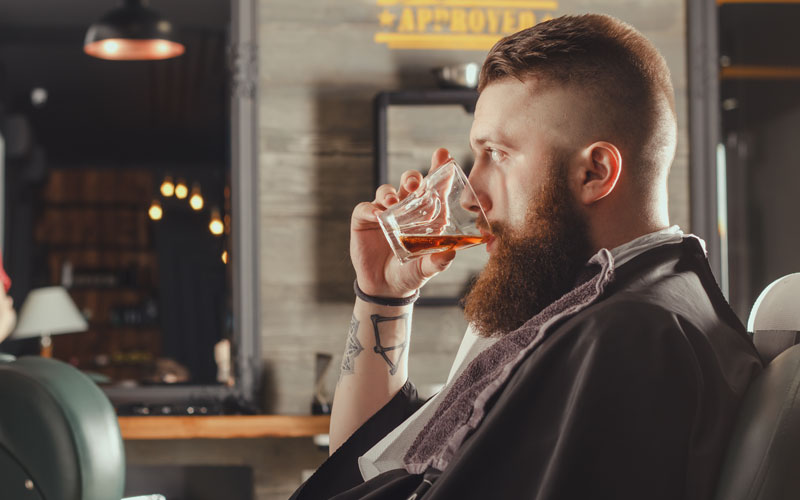 For years the patrons of a certain Hollywood Boulevard barbershop have been nipping at the bottles hidden inside a mahogany cabinet. (It’s not the only barbershop that does this, or so I hear.) Beauty salons often serve wine openly, and unbeknownst to some customers, illegally. Starting January 1, beauty salon and barbershop patrons can finally tipple without running afoul of the law. Gov. Jerry Brown has signed AB 1322, nicknamed the “Drybar Bill.” It allows the state’s 42,000 hair salons and barbershops to offer their customers a drink while having a little taken off the sides.

The new law, pushed by the upscale salon Drybar, is similar to one already on the books for limousines and hot air balloons. Patrons may now enjoy one complimentary glass of beer or wine (before 10 PM) at no charge without the establishment having to obtain a special license or permit. Assemblyman Tom Daly of Anaheim wrote the bill, whose only opposition seemed to be from a Marin-based alcohol advocacy group. Members of Alcohol Justice protested in front of the Brentwood Drybar last month. The bill passed unanimously.

The law limits servings to a single 6-ounce portion of wine or 12-ounce beer, so don’t expect any bad hairstyle decisions to come of this.

What It’s Like to Be Labeled an ‘Anti-Vaxxer’ in L.A.