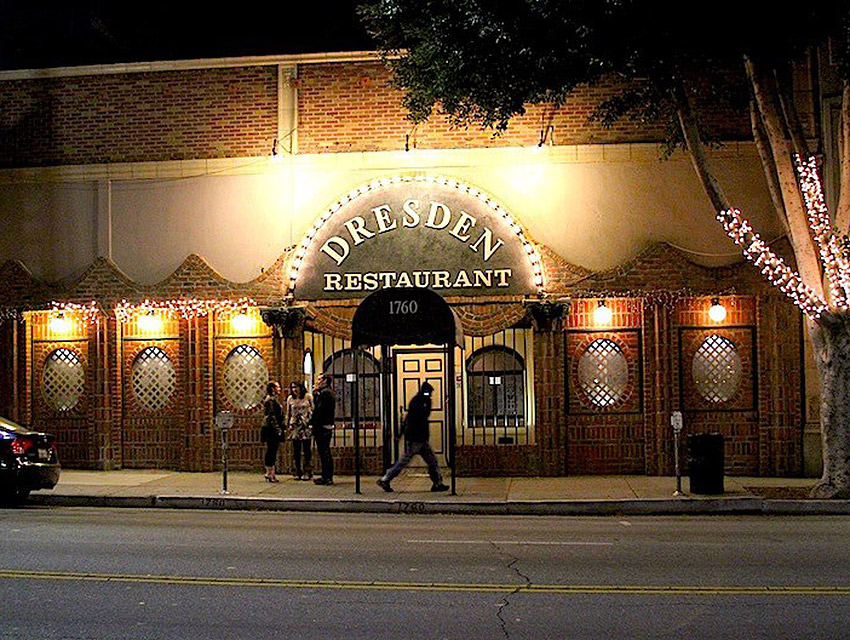 The National Trust for Historic Preservation is hosting The Big Tap, a nationwide battle of the bars that pits vintage cocktail lounges across the country against each other. It’s a March Madness-style hunt for the “coolest historic watering holes this great nation has to offer,” which is arguably more exciting than March Madness of the basketball variety.

The first round winners from California were the Tonga Room in San Francisco, the Silver Bar at the Madonna Inn, and the 1954 Dresden in Los Feliz. I was surprised that only one bar in Los Angeles made the list. How about Musso & Frank? How about the Tam O’Shanter?

While some folks might dismiss the 60-year-old lounge for its appearance in the movie Swingers or have an aversion to the scat jazz stylings of Marty & Elayne, the Dresden really is a magnificently preserved example of a lost species and deserves your patronage. I cast a vote for it in the poll and then realized it would be a perfect place to celebrate a friend’s birthday next week. I heartily endorse this lounge and remind you to tip your piano player.

VOTE FOR THE DRESDEN ROOM