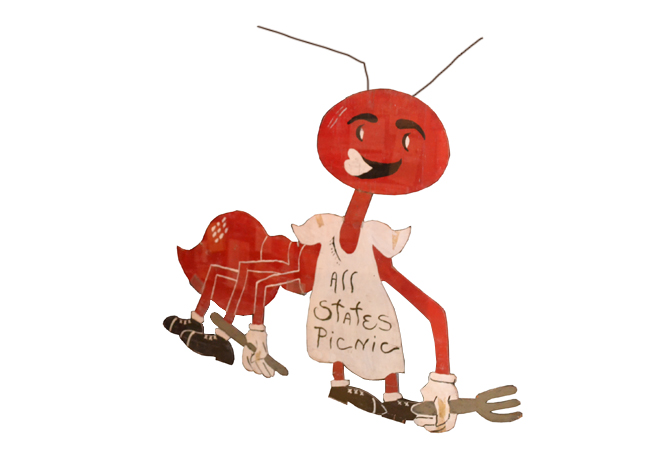 “Because most Californians are not natives of the state,” Life magazine wrote in 1948. “They like big, folksy picnics where they seek out fellow expatriates.” The biggest of them all was the All-States picnic hosted by the Ontario Chamber of Commerce every July 4th starting in 1939. Sixty thousand non-natives crowded onto the world’s largest picnic table in the center of one of the oldest towns of what we now call the Inland Empire. New Californians enjoyed fresh squeezed orange juice in a bucolic green setting just a few yards from groves of orange trees. The parade’s mascot was a big red ant named “Jasper,” an acronym for

In 1981 the tradition ended. It was revived a decade later and this July 4th will again be celebrated with a parade, a show band in the gazebo, and after-picnic fireworks. This time around, most visitors will be locals.

Courtesy, Museum of History and Art, Ontario, from the Gem of the Foothills Exhibition, “All-States Picnic” display.

Take-Out Tip of the Day: Pasta Kits To-Go from Felix