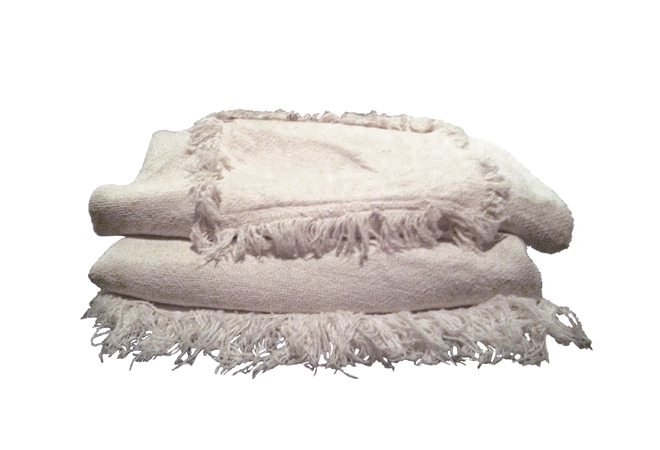 In the late 1960’s, roughhousing ex-marine Jim Baker rechristened himself Father Yod, opened The Source restaurant on the Sunset Strip, and started wearing white robes. Soon the charismatic philosopher was surrounded by dozens of young followers that he invited to live with him. The Source cult attracted musicians and artists and eventually numbered more than 140 members all living together in a Los Feliz mansion. This homespun shawl is made from the same material as their robes and was crafted by brother RA. It was on display at a 2013 screening of the documentary The Source Family. It was described as “old, patched, and has brown spots but is very honored.”