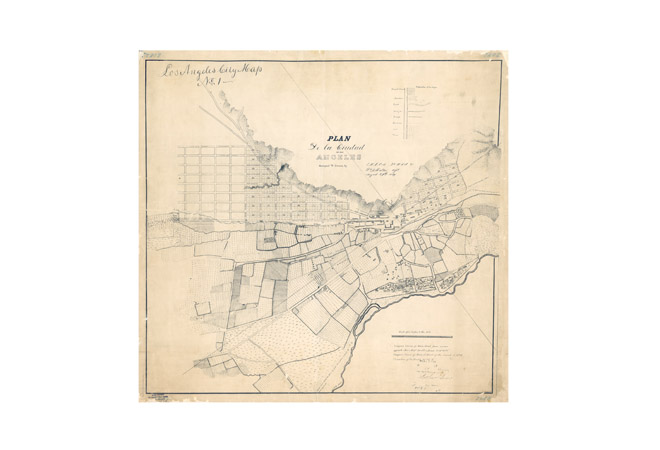 Every time you visit Philippe’s, you travel a street that pays homage to Edward Ord, who created the first survey map of Los Angeles in the summer of 1849.  Most of the pueblo land is reserved for corn and vines, but you can make out the initial network from Chinatown to Bunker Hill. Six months after the end of the Mexican-American war, American troops hired Ord to draw up a diagram of what they’d won. They were “putting the American grid atop the Spanish pueblo,” explains museum curator Ken Luftig Viste. “For purposes of selling the land to investors and speculators from elsewhere.”  Ord went on to military success during the Civil War and Los Angeles went on to become the second largest city in America.