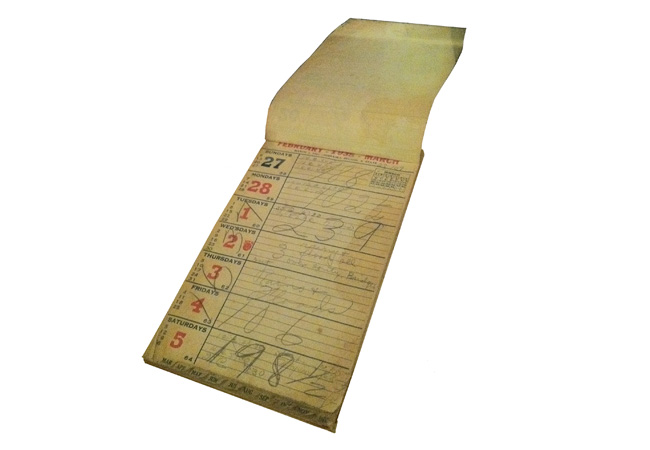 One of the worst natural disasters in Los Angeles history was the great flood of 1938. Eleven inches of rain in five days caused the Los Angeles River to jump its shallow banks and sweep away bridges, cars, houses, and people. Nearly 100 were killed in the catastrophic surge. The river had always changed course, at one point it emptied into Santa Monica Bay, but with a booming city built up around the banks, the loss was enormous. When the waters receded, the Army Corps of Engineers was called in to design a permanent concrete channel to divert rainwater. The damage was not limited to Los Angeles, the Santa Ana River swelled to half the size of the Mississippi, and washed out roads caused travel to come to a stop.  This item shows the real effects on everyday life caused by the floodwaters. Walter and Cordelia Knott ran a small chicken dinner restaurant in Buena Park next to their berry farm. Her ledger for that week shows the build up before the flood and the stark zero on the worst night of the deluge.