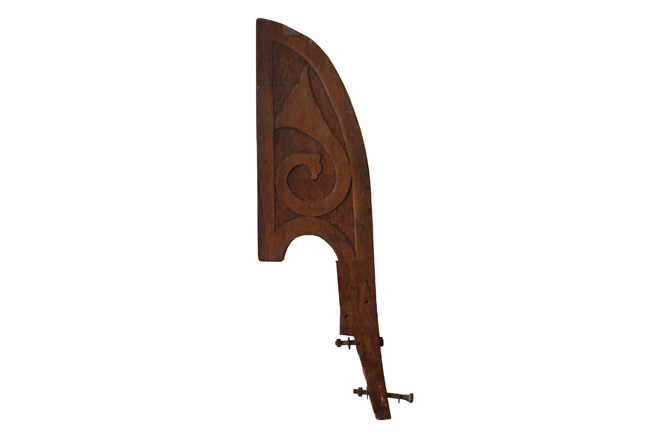 Abbot Kinney’s Venice Of America was an amusement park, a pleasure pier, and a seaside fantasyland of shops, restaurants, and amusements that opened on July 4, 1905. Water-filled canals circled the housing portion of the development and visitors were ferried in Italian gondolas, including one currently on display at Danny’s Restaurant on Windward Avenue in Venice. This carved prow section was thought lost for many years, but was recently reunited with last known original vessel.

Abbot Kinney came from a wealthy and politically connected East Coast family who sent him off to boarding school in Europe in 1866. Upon his graduation he spent time in Italy and was especially enchanted with Venice and the beautiful canals. When he returned to the U.S., he surveyed Indian land and toured the West Coast, before his family connections sent him on adventures in the Middle East, India, and Australia. By age 55, the tycoon and real estate baron had settled in California (curative powers of the climate and all) and built a lavish leisure attraction on marshy seaside land in Venice. The development, sometimes called the “Coney Island Of The Pacific,” was a huge success, added to Kinney’s fortune, and established Venice Beach as the funky getaway we still enjoy today.