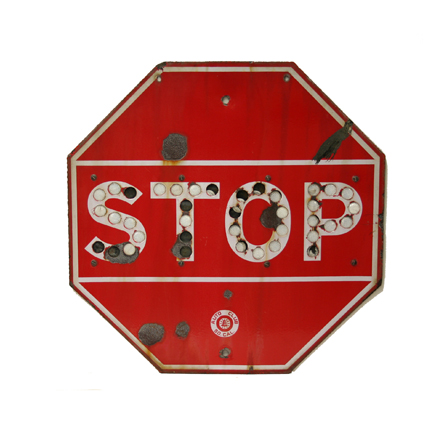 There was a time when the corner of 7th and Broadway in downtown Los Angeles was busier than the most crowded streets in New York, London or Paris. In the early 1920s, enumerators counted more than half a million people crossing that intersection in one day. They came on foot, in streetcars, on bicycles and behind the wheel of automobiles to a corner unmarked by signs, signals, or stripes. Drivers were expected to know the diverse codes (north/south traffic stops for east/west traffic, no left turns from 4:15-6 p.m.) for each city and neighborhood they drove through. “There were lots of rules the motorist was expected to know and memorize,” says former L.A. Department of Transportation manager John Fisher. “That was not a sustainable system.”  As cars went from what Fisher calls a “rich man’s novelty” to a common necessity, the cacophony of L.A. traffic grew completely out of hand until the Automobile Club of Southern California stepped in with a plan. For years, the club had installed directional signs along highways and roads and in 1924 they installed the first porcelain enamel stop signs on our streets. The city helped by establishing traffic signals (with moving arms) and controlling them from a central office in Pershing Square, painting yellow crosswalks at schools and simplifying the traffic code. But it was the Auto Club that made it their mission to install the red diamonds (octagons after 1927) throughout the region. Los Angeles was the first place to recognize the red octagon as STOP, a symbol now known throughout the world.