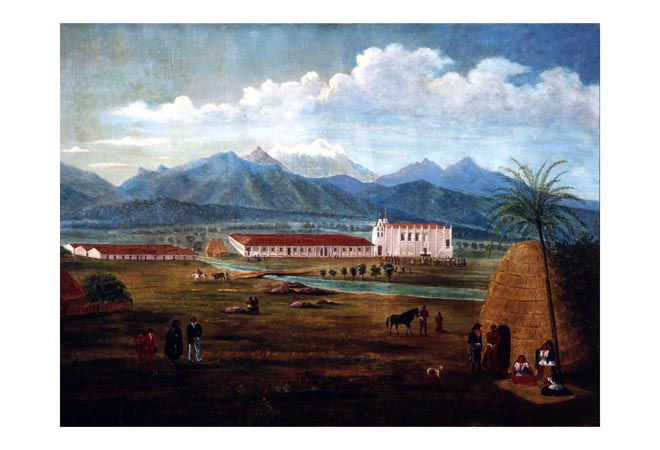 Museum curator Ken Luftig Viste calls San Gabriel Mission, painted by Ferdinand Deppe in 1832, the “first known painting of Southern California.” The German artist who created it traveled the new world in search of birds and plants which he sold to museums in Europe. Deppe returned a few years later as an agent for a German cattle company and learned to draw and paint to depict scenes of towns, missions, and ranchos, of everyday life in Alta California. His simple composition of the Spanish mission with native Tongva dwellings captured what a Laguna Art Museum curator described as “symbols of civilization in a largely uninhabited land.”