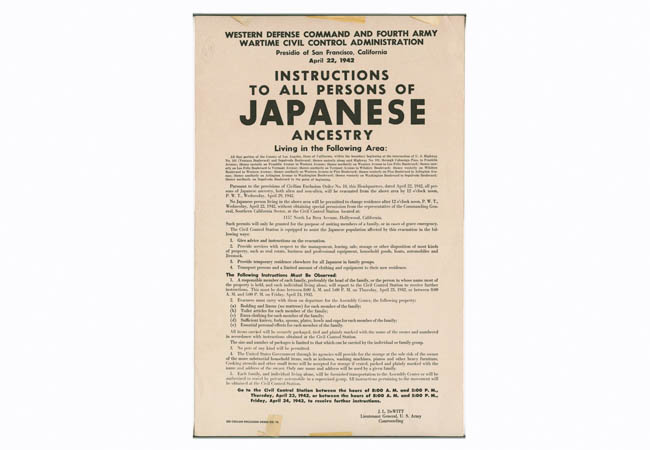 Two months after the Japanese attack on Pearl Harbor in 1941, President Roosevelt signed executive order 9066, ordering “All Persons Of Japanese Ancestry” (American citizens or otherwise) to report for relocation. This infamous flyer was posted all over the West Coast on April 22nd and by April 29th anybody with Japanese ancestors lined up for relocation to a desert camp for the duration of the war.  This particular poster was hung in Hollywood and called for evacuees to meet at 1157 N. La Brea Avenue where they were bused to Santa Anita racetrack and eventually to camps like Heart Mountain, Manzanar, and Tule Lake, which alone housed 18,789 people or twice the population of Culver City. Manzanar was declared a National Historic Site in 1992. Later that year President George H.W. Bush issued a formal apology.